Sad Passing Of A Born Joker 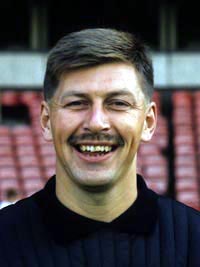 Always able to raise a smile.

January 24, 1987 wasn’t just significant as the date on which Wayne Hennessey took his first gulp of air outside the womb. On the very same day, another Welshman was making his sizeable mark in Wolverhampton Wanderers’ goal.

By a further quirk, Wolves were playing in Wales that afternoon – and Mark Kendall used the 2-0 victory over Cardiff City to convince manager Graham Turner and the club’s directors that he was the real deal.

Kendall had been on loan from Newport County since the end of December in that, the club’s first ever season in the Fourth Division. But he showed with his safe handling and calmness at Ninian Park that it wasn’t so much a question of whether hard-up Wolves could afford to sign him as whether they could afford to let him go.

Wolves, at the time, were in the middle of the table and Steve Bull was still wearing his Molineux ‘L’ plates. And while goals started to rain in at the right end, clean sheets began to come at the other – six in a row, in fact, towards the end of the season and eight in ten games.

Although sixth-placed Aldershot, of all teams, would deny fourth-placed Wolves in that May’s two-leg play-off final, Kendall had already seen to it that the revolving door of Wolves goalkeepers could stop spinning.

Tim Flowers, Scott Barrett, Vince Bartram and Eric Nixon had all been used at various times in the previous 23 League games but the 28-year-old former Tottenham Hotspur and Wales under-21 man played 127 of the first 128 games after his arrival and, in the Fourth Division/Sherpa Van Trophy double-winning season of 1987-88, overtook 1920s star Noel George by keeping a club record 28 clean sheets in League and cups. Mark loved it all. He was usually to be found in the middle of what at that time seemed to be regular dressing-room celebrations and, unlike Hennessey, he was loud, very loud. Often he’d welcome you with a booming greeting from one end of the Waterloo Road Stand’s narrow corridor to the other and had a reputation as a prankster. 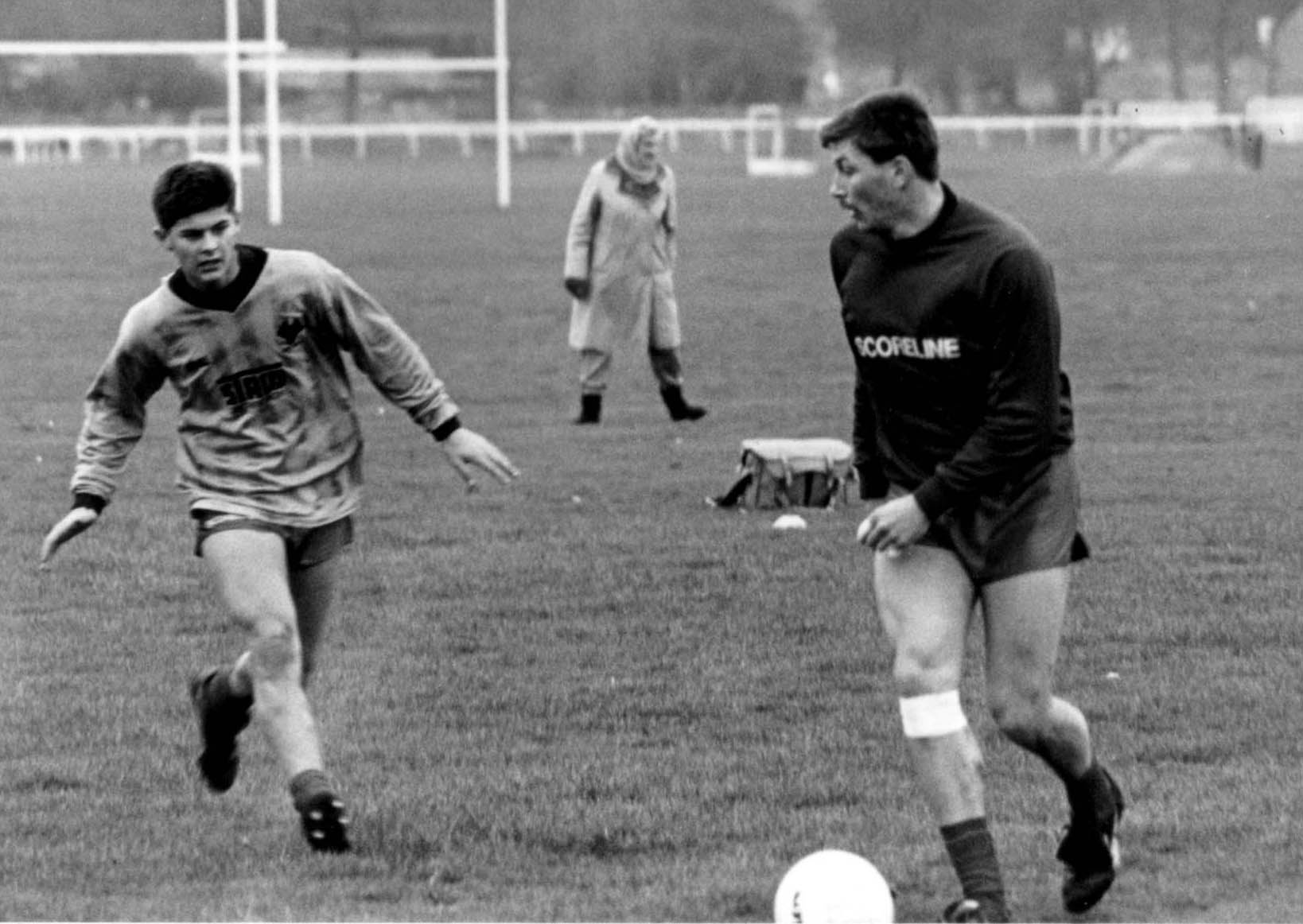 Showing on the training ground, with Tom Bennett in opposition, that he could play outfield, too.

In the days when Molineux’s North Bank was closed for safety reasons, he would amuse the handful of bystanders allowed around that terrace by crouching behind the wall out of the referee’s sight, while retrieving wayward shots and headers, to kill a few seconds if Wolves were leading.

After saving a penalty in a win at Turf Moor, his spirits were higher still, his mickey-taking of the home fans landing him in a spot of bother with the local constabulary and making it ironic that he later briefly played for Burnley and joined the police.

Another title winner’s medal came Kendall’s way at the end of 1988-89, this time in the Third Division, and he was within seven games of ever-present status again in the 1989-90 Division Two campaign after seeing off the rival claims of Tony Lange to his jersey.

With Mike Stowell’s signing imminent, Kendall was given a free transfer in May, 1990, and spent two years back in South Wales with Swansea before calling it a day, although sport remained a big part of his life.

His son Lee also became a League keeper, in his case with Crystal Palace, and he faced Wolves’ reserves in a 2008 pre-season friendly with non-League Rhyl. He had plenty to feel proud about. Mark was named national police trainer of the year in 2007, the grandfather-of-two also receiving two police commendations – one for an off-duty arrest when he witnessed an assault by four men and one for bravery when he was confronted by a man wielding a chainsaw. 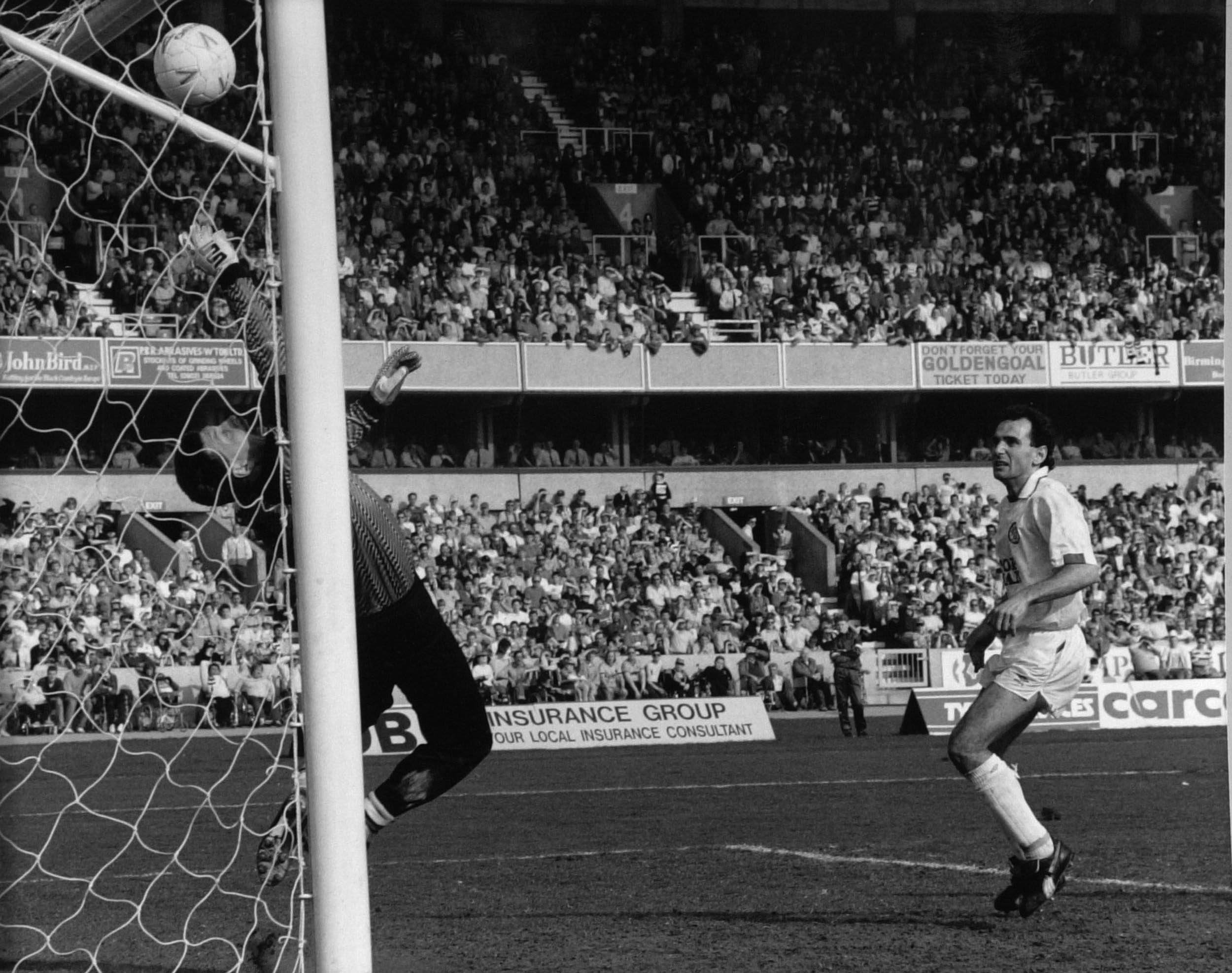 A brilliant tip-over during the second half of Wolves' 1-0 win over promotion-bound Leeds in March, 1990.

His Wolves’ contemporaries were stunned by his death, at 49, at his home back in Blackwood. It says much about his popularity in both walks of his working life that St Theodore’s Church in the village of Ynysddu was packed for his funeral on May 13, inside and out. There were some 500 mourners, among them Kendall’s former Wolves team-mates Alistair Robertson, Nigel Vaughan, Andy Thompson, Jon Purdie, Phil Robinson and Robbie Dennison, as well as Barry Powell, who returned to Molineux as a coach in the late 1980s.

“It was a desperately sad day,” Thompson said, “but the turn-out showed how highly thought of he was by so many people. He was very much part of the life and soul of that Wolves team.”