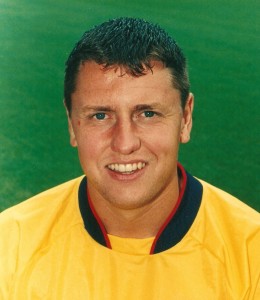 Vince Bartram has been installed as goalkeeper coach to Bournemouth, the League Two club who gave him his first major break in the game.

The long-time former Molineux reserve has been living and coaching in the Dorset area but was upgraded by Cherries manager Kevin Bond for a 2008-09 season in which his side have been hit with a 17-point penalty following problems over their emergence from administration.

“I’m doing two mornings a week at the club and thoroughly enjoying passing on the knowledge I picked up in my playing career,” he said.

“I was already managing the under-nines at the Centre of Excellence and, on Saturday mornings, running my own soccer school, KeeperstarsUK, which is the specialist goalkeeping division of SoccerstarsUK.

“After leaving Wolves, I went on to play for some big-name managers in Harry Redknapp, George Graham and Arsene Wenger, as well as working under goalkeeper coaches like Bob Wilson and Eric Steele, so hopefully I can put that experience to good use, both at senior level and with the young kids.”

Bartram, who was 40 earlier this month, spent six years at Molineux but played only ten times in the first team after being signed from Oldswinford in 1985.

Several loan spells followed before he served Redknapp’s Bournemouth for three years and then had four seasons at Arsenal, largely as understudy to David Seaman.

He was briefly borrowed back by Wolves but headed back down south and flourished at Gillingham, where he played in two Wembley play-off finals. The victory against Wigan in the latter of them took the Kent club into English football’s second grade for the first time. 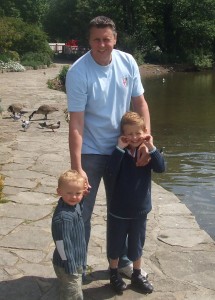 Vince Bartram and the two youngest members of his own team - Heath (left) and Miles.

Although he lined up alongside the likes of Ray Parlour and Steve Morrow in the Arsenal side in this summer’s London Masters, Stourbridge-born Bartram was forced into playing retirement in 2004 with a wrist injury – ironically suffered in a collison with Millwall keeper Tony Warner, who had ventured upfield for a last-minute corner in a game at the Priestfield Stadium.

And what about Bournemouth’s opening-day draw last weekend at home to one of his old clubs, Gillingham?

“As a keeper, I suppose I should say I don’t like to see goals go in but what a run and finish we saw from Darren Anderton!” he added.

“He’s still a quality player and, when you watch him in training, his class is frightening. I can only imagine what he was like in his prime. If it wasn’t for the old legs, I’m sure he’d still be playing at a higher level.”