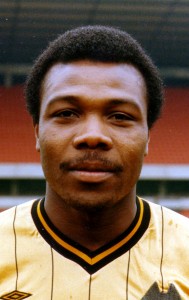 Former Wolves favourite Floyd Streete, so often the elusive link in reunions of the club’s 1988 Sherpa Van Trophy winners, has finally been tracked down again – to a highly desirable new location in the Caribbean.

The powerful central defender is coaching in the Cayman Islands, where he has had a chance meeting with Martin Waud, a Wolves fan from Kinver who has worked in the area for the last few years as an accountant for Price Waterhouse Coopers.

And, in a double coup for the organisers of next month’s 20th anniversary get-together of Graham Turner’s Wembley winners, www.wolvesheroes.com has traced Gary Bellamy in Essex.

The Cayman Compass newspaper reports that Jamaican-born Streete is coaching the Seven Mile Sporting Club, whose season starts on September 1 and runs until just before Christmas.

He had been living in the Buckinghamshire area for many years and was delighted when his whereabouts were rediscovered by his contemporaries in 1996 in time for him to be invited to a night-out staged for the lower-division double title winners at the Kingfisher Club in Wall Heath.

Ultimately, he couldn’t attend but did subsequently return to Molineux on a match night and was warmly received when the players walked round the pitch before kick-off.

“Martin signed up for a local team soon after arriving in the Cayman Islands and has since gained residency and even made it into the national team,” said Richard Evans, a friend and fellow founder member of Stourbridge Wolves Supporters Club.

“He was surprised and excited to meet up with the one and only Floyd Streete and has his contact details for the organisers of the reunion.”

It isn’t yet clear whether the 49-year-old – known by Wolves fans as Bruno – will be able to attend but Martin said: “I spoke to him a couple of weeks ago to tell him about the Sherpa Van Trophy dinner after the story appeared in the Express & Star. He said he was more than happy to speak to people about the event.

“I don’t know him well but he’s running a state-of-the-art gym and is also involved in junior football coaching on the island.” 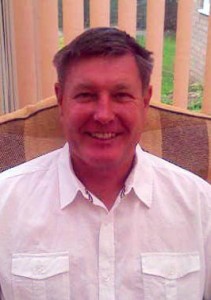 Gary Bellamy at home this summer.

Bellamy’s return to Molineux for the night of Thursday, September 25 has been secured, though, after help from Mark Venus and radio reporter John Bastow led a path to his family home in Braintree.

He played around 140 matches for Leyton Orient following the end of his 165-game Wolves career in 1992 and subsequently managed Chelmsford, Dover and Braintree. He also served Chelmsford as commercial manager and chief executive.

A stint in the leisure industry in Hackney and Braintree followed before the tall central defender or right-back embarked on his present job in social housing in Chelmsford, working hand-in-hand with community groups, police and landlords to improve residents’ lives.

“I don’t miss football management at all,” he said. “I’m playing golf again and also cricket for a village team. As at Wolves, we’ve had a couple of successive promotions and I took seven slip catches in one match but we’re finding it harder this season. 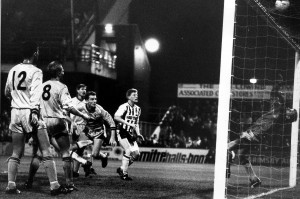 Gary Bellamy (background) watches Mark Kendall save magnificently in Wolves' FA Cup tie at Grimsby in November, 1988 - the side's only defeat in a nine-game run that brought them eight wins.

“It will be great to meet up again with the lads. I’m a bit out on a limb down here and haven’t been in touch with anyone since Mark Venus was at Ipswich and I saw him a few times. You could always tell he was going to go into management because he was so enthusiastic and opinionated about the game.”

Bellamy, 46, had slipped so far out of the loop that he hadn’t heard about Mark Kendall’s sad passing earlier this summer. “I’m extremely upset by that news,” he added. “He was such a larger than life character that he will be missed by a lot of people.”

*Tickets for the SVT reunion dinner at Molineux on September 25 are available by e-mailing sales@underthepostsltd.co.uk or by ringing 08456-800906.