Ahead Of His Time – Or Asking Too Much? 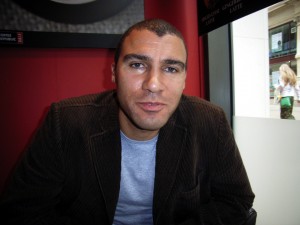 He talks a great game and, in the coming years, Mark Burke is confident of showing he can also coax one out of players.

For now, he divides his time between working in England in land property and seeing his girlfriend and seven-year-old son in Holland. The long-term plan, though, is to move into coaching – a door he firmly believes will open.

“I know it’s five or six years since I stopped playing but all my contacts remain in place and I still speak to them all regularly,” he said. “And I’m doing my coaching badges now, so I’m not at the job-seeking stage yet.

“I have played in Holland, Japan and Romania, as well as in England, and I’ve learned so many things that I want to put into practice. Maybe I will get the chance in coaching and I will ultimately fail. But I’m adamant that, if I’m given the opportunity, I should try it on my terms.

“I see so many managers and coaches who are on the treadmill and can’t get off. One year, they are coaching at Carlisle, the next they are helping with the Academy at Plymouth. They obviously need to work and football is the only thing they know, so they go after whatever job becomes available and it might not be the one that suits them.

“I don’t want to get on that treadmill and, although I have to keep an open mind about where opportunities might crop up, I’ve got a feeling that I might be falling out with people too often if I work in England!”

Mark’s Dutch base is near Maastricht in the south-east of the country, so I had visions of us hooking up during my pre-Euros trip to watch the Holland v Denmark friendly in Eindhoven in late May. Okay, it was in Coffee Republic just off Birmingham’s Great Western Arcade that we eventually found ourselves face-to-face for the first time since he left Molineux more than 14 years ago but his thoughts were no less fascinating for the fact he had just popped into his home city from his Mom’s in Erdington.

Here, I was quickly reminded, was a man of progressive thought and one still in love with the beautiful game – a title he might consider to be more appropriate away from the country where he flattered and in many ways fell short in his playing days.

Having been shown the door as a youngster at both Aston Villa and Middlesbrough, he was taken to Wolves by Graham Turner for £25,000 in March, 1991, and had his best run at Molineux when scoring eight times in the 1992-93 season. 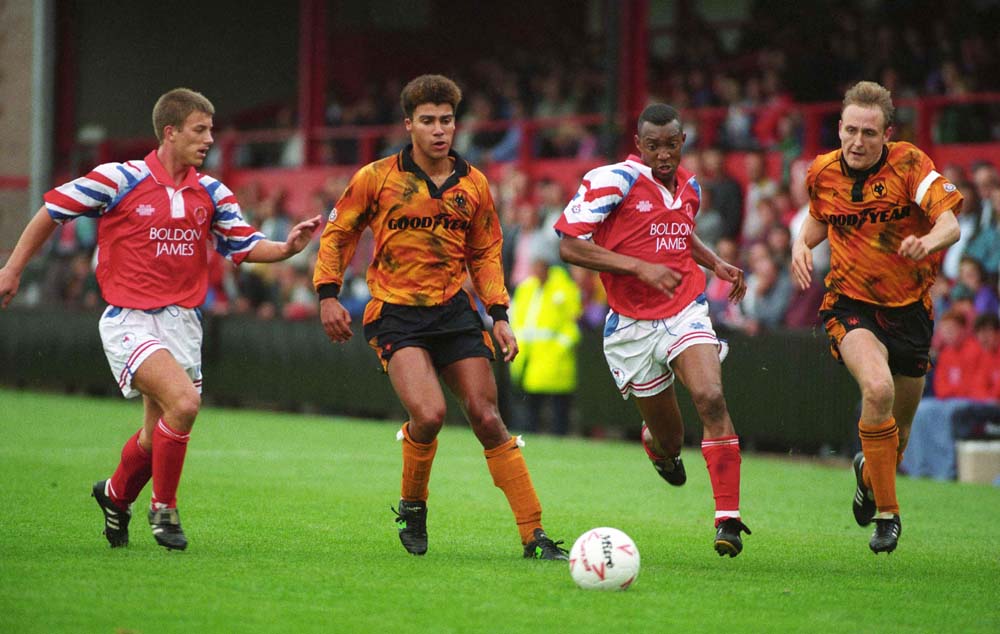 Not the most popular kit ever seen at Molineux! Mark Burke (centre) and Mark Venus in action in Wolves' pre-season friendly at Crewe in August, 1993.

Maybe his impact would have been longer-lasting had Sir Jack Hayward’s spending on players not increased substantially the following summer and bigger names not been brought in. But anyone who watched Burke during a Wolves career that spanned 77 games and 14 goals up to his release in 1994 could see he was gifted.

It was no coincidence that he was once praised by Glenn Hoddle after facing him in a Swindon v Wolves game, or that he subsequently had trials with Tottenham and Sporting Lisbon. He was a pure footballer, not one for the hurly-burly, and the fact that he made a good living from playing for four years in Holland suggests that his talents were appreciated more elsewhere.

“It may have looked like I was lazy because I had a loping run and wasn’t particularly physical,” he added. “But I wasn’t lazy and nobody in Holland ever said I was. It drove me mad if I saw indiscipline in training and I loved the fitness side of the game.

“It was my reaction to losing the ball that was slow. In Holland, they called it the ‘Grieving Moment’ – that second or two when you were so disappointed at giving away possession that you cursed yourself and didn’t adjust quickly enough to what might happen next. One of my Dutch coaches told me it was a habit I had to snap out of.

“In England, I often heard coaches say: ‘Let’s get stuck into them, do this and that and, if we get chance, play some football.’ That drove me nuts. You should always try to play football, not just as an after-thought.”

Burke, who joined Port Vale for a year in the mid-1990s after being freed by Graham Taylor, is good pals with another former Wolves midfielder, Phil Robinson, although from their time together at Villa. Their Molineux careers didn’t overlap.

He is also close to Pim Verbeek, his coach for two years at both Fortuna Sittard and Tokyo-based J2 League club Omiya Ardija and a man who later worked as Gus Hiddink’s assistant with the South Korean World Cup semi-finalists of 2002. Verbeek now manages the Australian national team after filling the same post with South Korea, so he’s a friend in high places, as is Bert van Marwijk, the former Fortuna assistant who has just succeeded Marco van Basten as Dutch national coach. 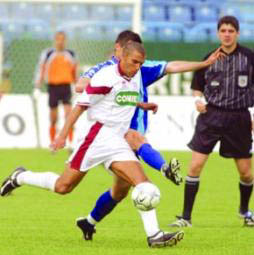 Burke learned Spanish while in Japan and French during his stay with Rapid Bucharest, where he became an instant hero with a last-minute winner on his debut away to rivals the club hadn’t beaten for 35 years. He is also fluent in Dutch and you suspect he believes that most of the useful things he has learned about coaching and management have come from his time overseas.

“From a young age, before I even played for England schoolboys, I visualised myself working abroad,” revealed the 39-year-old, who scored a hat-trick at Wembley in his teens against his Dutch counterparts. “One of my schoolteachers said the same.

“And I really enjoyed playing in other countries. The Dutch, in particular, are encouraged to be patient, to wait and wait until a gap opens up. It’s draining mentally as well as physically when you don’t have the ball and your opponents are passing and passing. Someone, sooner or later, will switch off for half a second, and an opening will present itself.

“Yes, sometimes they over-play and I probably seemed like a direct player to them. They wanted to play the perfect cross whereas my philosophy once you had worked a good position was to put the ball in the area and leave someone else to make the run to get on the end of it.

“I became a consistent ‘six or seven out of ten’ player in Holland. That’s because their game is geared to keeping the ball and I was pretty good at that. And, if you know you are settled in a team, you relax and you aren’t trying to make a special pass all the time.

“I learned so much in Holland. I once faced Edgar Davids and was told off for tracking back with him. They wanted the defenders to pick him up and I remember one centre-half telling me to move a metre to the left when we were defending!

“It has disappointed me this summer to hear some people saying England would have won the European Championships if we had been there. How many chances do we need? And it was our own fault that we didn’t qualify.

“There were times in games in England when I thought after 20 minutes I was going to have a heart attack. If you put three passes together, the crowd thought it was something special. But, if you still hadn’t gone anywhere, they would be urging you to knock it into the area.”

Fernando Ricksen, a member of the Zenit St Petersburg squad who won this year’s UEFA Cup, Mark Van Bommel and Aston Villa defender Wilfred Bouma were team-mates of Burke’s at Fortuna while Jari Litmanen, Marc Overmars, the De Boer brothers, Frank and Ronald, and Patrick Kluivert were among those he saw close up in opposing sides.

Holland had a good European Championships this summer despite their quarter-final dismantling by Russia – and Dutch football has certainly been good for Mark Burke.

Still more than able to hold his own in the Wolves side who won this summer’s Midland Masters, he is a well-rounded character whose views on the game make compelling listening. And he has clearly garnered much from the coaches and managers he has worked with and even followed at a distance. 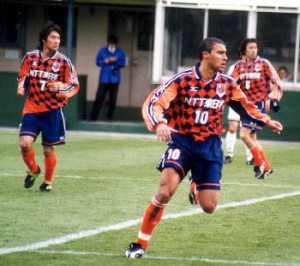 “I won’t know until I have a go at it whether my beliefs are unrealistic,” he added. “But I’m convinced that so much of coaching and managing is about educating players. I read an interview in which Felipe Scholari talked about the need to get to know footballers as people rather than just players.

“Lads come into the game from all sorts of backgrounds, so why should you treat them all the same?

“Our lad, Marcos, is an Ajax fan and has a different social background to some of the other kids, so I would hope and expect that the coaches will take the trouble to find out what makes him tick. At one club I was at, there was a lad who had lost both of his parents by the age of 12 but the coach was always on at him. I’m sure he didn’t need that. He required a different sort of handling.”

Mark Burke once told me at Molineux that the only players he would pay to watch were those who could do things he couldn’t; not just those who could run. He had a vision then and he still has one. He might not be negotiating the financial side of property sales with his architect business partner for too much longer.