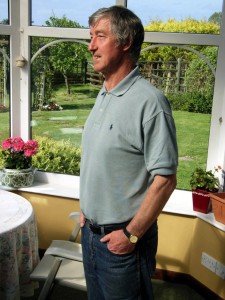 One former Wolves man has backed another in tipping Carlisle United to go a step further this season in their quest to escape League One.

Former Molineux assistant manager John Ward led the Cumbrians to within a victory of automatic promotion in the spring and then to a play-off semi-final lead following the away first leg against Leeds.

High anticipation turned to disappointment as Carlisle were beaten 2-0 in the second leg at Brunton Park but they have come flying out of the traps with three victories out of three in the last fortnight, away to Bristol Rovers and Shrewsbury and at home to Crewe.

And ex-Wolves striker Hugh McIlmoyle, a regular watcher of the side in the city where he lives, believes this could be another successful campaign in the border country.

“I was a bit disappointed to miss the first home match last weekend because we were on holiday but the side have made a terrific start,” he said.

“John has sold Joe Garner to Nottingham Forest for a £1m profit and also transferred our keeper, Kieran Westwood, to Coventry for £750,000. That was good business as well because he came here for nothing.

“A small club like ours has to operate like this but he has made a few signings with the money he has had and and he has obviously used his experience and contacts in the transfer market.

“He has to wheel and deal and I still feel this club are going in the right direction. After all the dark years we had, we seem to be getting better each season and it would have been terrific if we’d been able to get over the finishing line last May.

“We were six points clear of third place with not long to go but too many big matches came along against the likes of Forest, Swansea, Leeds and Southend in quick succession and we couldn’t quite cope.

“Hopefully, we’ll be better for that experience, although it was painful in the end, and we can go the extra bit this time.

“We’re away to Leyton Orient this weekend and then at QPR in the Carling Cup in the week. I will see them next Saturday for the first time, against Yeovil, and try not to miss any home games. I’ll be hoping the lads can carry on sharing the goals around as they’ve done so far.”