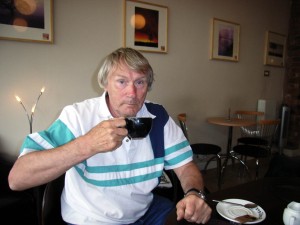 Dave Wagstaffe has revealed that he used to suffer panic attacks during his playing career.

The much-loved former Molineux winger, a notorious worrier and so nervous before games that he used to sneak off to the toilet for a cigarette, told www.wolvesheroes.com that he was never comfortable in the spotlight.

“I always used to be last to emerge from the tunnel and remember walking out at Wembley for the 1974 League Cup final and speaking to the referee, Edward Wallace,” he said over drinks at Sadliers coffee lounge in Tettenhall.
“I was telling him that I really didn’t fancy going through the national anthems and lining up to meet the dignitaries. He must have seen that I was uneasy but said I shouldn’t worry because, when the game started, I had ten others on my side while he was out in the middle on his own.”
It wasn’t only on match-days that Waggy, now 65 and still living in the Wolverhampton area, would suffer. “It was lots of different things,” he added. 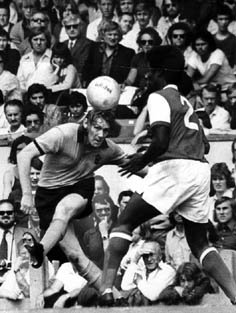 “If ever I went to the pictures or the theatre, I used to sit on the end of the row, so I could nip out quickly. And I was usually on the end of team photographs. Maybe that’s also why I played on the wing – in case I suddenly wanted to run back up the tunnel!”

* The closing date for the competition (posted on August 14) that offers two copies of Waggy’s Tales as prizes is this Saturday, August 30 (5pm).