A Celt In Clover

Evan On His Travels 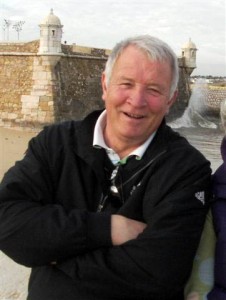 Frank Munro, a native of Dundee, had an unhappy 12 months at Parkhead following his switch from Molineux in 1977, but Evan Williams – a goalkeeper who played 15 Wanderers games in the late 1960s – is still enjoying the fruits of the 160-match stint he had in the hooped half of Tartan football’s premier city.

The 65-year-old, despite his Welsh-sounding name, is a regular match-day host at Celtic, meeting and greeting corporate diners and sharing his thoughts as he goes round their tables at big games.

But there is another exciting spin-off to his trophy-filled spell as the club’s last line of defence in succession to the legendary Ronnie Simpson – a trip to Las Vegas every other year to attend the convention of Celtic supporters from all over the world.

“I think I’ve been seven times so far and I’m due to go again next year,” Evan told us from home in his native Dumbarton, a few miles north-west of Glasgow.

“It’s a massive get-together. You can’t get a ticket to a Celtic home league match, even those against the lesser clubs, and being part of this event has reminded me what a huge club they are.

“They apparently have 63 supporter clubs in America and 50,000 registered fans in London. On top of that, 10,000 fans arrive from Ireland for every home match, so the demand to go to America is high.

“Twenty plane-loads of supporters went from Scotland to the last get-together in Vegas, which was the 40th anniversary reunion of the Lisbon Lions (the players who in 1967 became the first British club to lift the European Cup). I was still in England 40 years ago but the organisers kindly invited me along anyway.

“We tend to have a week out there – the first three days are a holiday, then there’s a welcome party, a golf tournament, a folk evening and finally a big banquet and presentation night.

“The fans seem to like seeing the former players as we have so many stories to tell. One of my biggest thrills was playing in a 6-0 victory over Clyde in the last game of the 1970-71 season. We had already won the League and Jock Stein decided it would be nice to give the Lisbon Lions one last game together. Ronnie Simpson started in goal but they knew he was injured, so I was named as substitute and played almost all the match behind all those legends.” 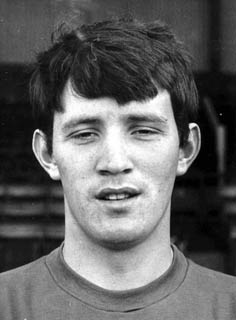 Williams, disappointed at having had to turn down similar trips to meet fans in Australia and Canada, is still busy work-wise despite last month having passed the recognised retirement age.

A quarter of a century on from featuring in the winning of four Scottish League Championships, two Scottish Cups and a Scottish League Cup, he is highly experienced in the building industry after a dabble in the pub trade and is self-employed in project management, overseeing residential and commercial construction.

There’s also a family connection with a Scottish outfield player who forged an outstanding career in the Midlands. Former Derby and Nottingham Forest striker John O’Hare is a cousin of Williams’ wife, Anna.