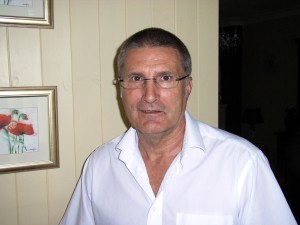 John Farrington has revealed how a heart scare has prompted him to take early retirement.

The speedy Molineux winger, a Wolves fan all his life despite being from the north-east, is now a man of leisure and living near Hinckley, Leicestershire.

“I was still playing five-a-side football at 56 or 57 but didn’t feel too good in one of the games and had to rest,” he said. “When I started playing again, I still wasn’t right because I was getting out of breath so easily.

“I saw the doctor and had stents inserted to widen the arteries. I regard it as a slight problem but I stopped working as a result a couple of years ago.

“I’m told I should be getting some exercise – more than I am getting certainly. The problem is that I’m worried now in case I’m putting a strain on myself by doing too much!”

The 61-year-old worked for 16 years as a full-time steward for Barlestone, a junior football club in his viccinity, having had a long playing career elsewhere following his seasons of unfulfilled promise at Molineux.

He played 38 first-team games for Wolves from 1966 to 1969, scoring five goals, then played 118 League games for Leicester before spending a season at Cardiff. But his main port of call was Northampton, where he had more than 250 senior outings and scored over 30 goals. 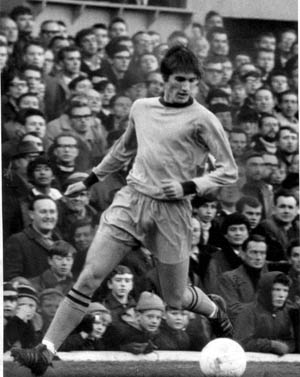 And flying down the wing at Molineux in the 1960s.

“Bill McGarry was right to move me on,” he admitted. “I didn’t really do the business at Wolves, although it was my dream to play there. They were the club I supported as a kid and I joined them straight from school.

“I met my wife in Wolverhampton and we still visit her mum near Monmore. I was big mates with John McAlle and was best man at his wedding, although I have to say we’ve lost touch now.

“I did much better at Leicester than at Wolves and then really enjoyed my time at Northampton. I was able to drive there each day from Leicestershire and I played a lot of games for them.

“I only watch non-League games these days – plus the bigger stuff, of course, on the TV.”