Bobby On The Airwaves Again 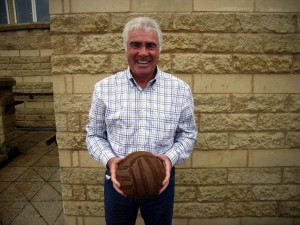 Bobby Gould is set for another appearance on 5 Live next weekend before getting ready to pack his bags for a winter Down Under.

The former Wolves striker, who is currently covering games for Talk Sport and reported on Arsenal’s crushing win at Blackburn yesterday, switches to the Beeb when he makes his latest outing on their Fighting Talk radio show on Saturday morning.

And he says it’s pressure from his son, Jonathan, who lives in New Zealand, that has prompted him to make a return journey to Shepherd’s Bush.

“Jonathan listens to the show over there on his iPod and reckons it’s a cult programme, so he told me I must accept the invitation to go on,” Gould said.

“I have been on four or five times already and haven’t won yet – and don’t know whether I want to. Colin Murray is so quick, very sharp, but that play-off bit at the end of the show frightens me a little!”

The 62-year-old former Welsh manager, who totalled 39 goals in 93 matches in his two spells at Molineux, dropped by in the West Midlands on Friday for a meeting with www.wolvesheroes.com and is pictured with the match ball from when he hit a hat-trick against Manchester United for Bill McGarry’s Wanderers side in October, 1970.

“Unfortunately, I let the kids play with it in the garden and it isn’t in such good condition as it might be,” he added. 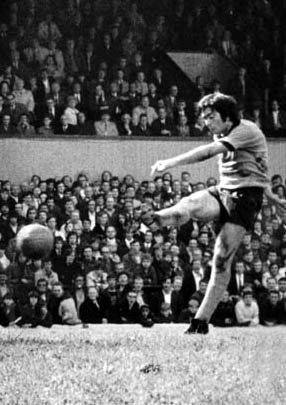 The Goulds are off early in October to stay with Jonathan for six months in Napier, where Bobby made another radio appearance last winter. He was interviewed by Jonathan Agnew on Test Match Special during a lunch interval in England’s game against the Kiwis in the city.

Gould Jnr is head coach of Hawkes Bay FC, having recently travelled as assistant coach to the New Zealand team for the Beijing Olympics.