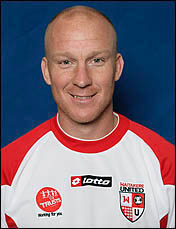 Neil Emblen is determined to drag his ageing limbs around football pitches for a final few months – in order to go on a second trip to the FIFA Club World Cup in December.

The 37-year-old utility man plans to hang his boots up next year but is thrilled in the meantime to be heading to Japan for the second successive winter with O-League champions Waitakere United, the New Zealand club for whom he now plays.

Waitakere, based just outside Auckland, qualify as Oceania champions for a tournament that also so far includes Manchester United (as Champions League winners) and teams from Ecuador, Mexico and Japan.

And Neil, who played 235 matches for Wolves in two spells in the 1990s and early 2000s, admitted he and his colleagues Down Under can hardly believe their luck.

“We went to Tokyo last year as well and went from playing in front of a few hundred fans here at home to appearing before 25,000 in their national stadium,” he said.

“It’s a pretty remote chance but, if we were to win two games in Japan this year, we could be facing Manchester United, watched by around 60,000 – and that thought has got the lads pretty excited!

“The treatment we received last time was much different to what we’re used to in our league games and everyone is thrilled to be going back there. We flew first-class, which I’d never done before, and stayed at the Hilton Hotel, so it was a memorable experience.

“We have to admit we have a pretty easy ride through from this part of the world – just winning the New Zealand League and then winning 6-3 over two legs against a team from the Solomon Islands called Kossa. We don’t have to worry about beating the Australian teams these days to qualify because they are classed as part of the Asia zone.

“We lost 3-1 to the Iranian champions in our first game in Japan last time, so we hope we can at least do better than that.”

Waitakere will again play in a pre-game at the tournament as their qualifying area is recognised as the weakest. The remaining teams destined for Japan will become known in the next few weeks.

Emblen is full-time with Waitakere, combining his playing role with coaching and youth development at a club who are strictly part-time.

He has now been in New Zealand for three and a half years but admits there’s a possibility he and his family will be returning to England before much longer. 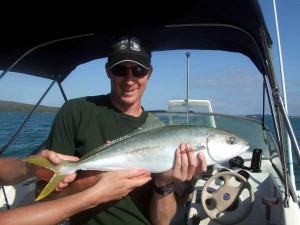 “My wife is having a few thoughts in that direction, so we’re giving it some consideration,” he added. “I don’t know whether we’ll settle here long-term or put roots down again in England. It may be that we return home for a while before we make a final decision.”

While Emblen considers taking a ticket back to more familiar surroundings, a former Wolves team-mate of his has applied for Kiwi residency and is set to stay on the other side of the world.

Darren Bazeley no longer plays but works full-time in coaching.