SVT Nostalgia In The Air 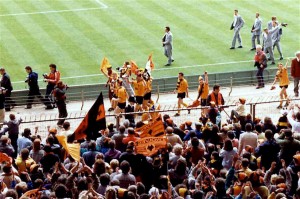 A memorable day at Wembley.

Well over 200 fans will be present to celebrate this week’s 20th anniversary reunion of Wolves’ team of Sherpa Van Trophy winners.

The side who followed up their emphatic Fourth Division title success in the spring of 1988 by lifting the SVT at Wembley three weeks later will be back together in Molineux’s Hayward Suite on Thursday night (September 25) for a dinner at which places are still available.

Coach Barry Powell is also due to attend and Steve Bull has indicated he plans to drop in later in the evening after overseeing Stafford Rangers’ Thursday night training session. Others invited include Mark Venus and Jon Purdie, neither of whom played in Wolves’ 2-0 victory over Burnley at the twin towers – a game which attracted a remarkable crowd of over 80,000.

As well as a three-course dinner, there will be a question-and-answer session, comedy from Ian Sludge Lees, an auction and raffle in aid of Compton Hospice and music and sports projects at Sedgley’s High Arcal School, and a tribute to Mark Kendall, the popular late 1980s goalkeeper who died in May at the age of 49.

The only other absentee from the team who played at Wembley is defender Floyd Streete, who is currently coaching in the Cayman Islands.

Dennison, a Wembley scorer from a spectacular second-half free-kick, is due to appear on BBC Midlands Today on Friday teatime to talk about the reunion of a side who are credited with doing so much to secure the survival and rebirth of a world-famous club.

“It has been a few years since we got together, so it will be wonderful to catch up with the lads again,” said the former Northern Ireland international. 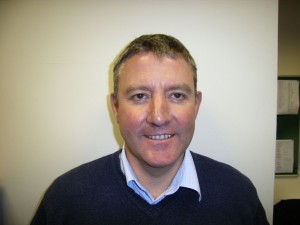 “They are such happy memories for us all. To win the league so well and then go down to Wembley and pick up the Sherpa Van Trophy made for a great end to a season that was a big turning point for the club.”