A Record To Stand Comparison With The Best 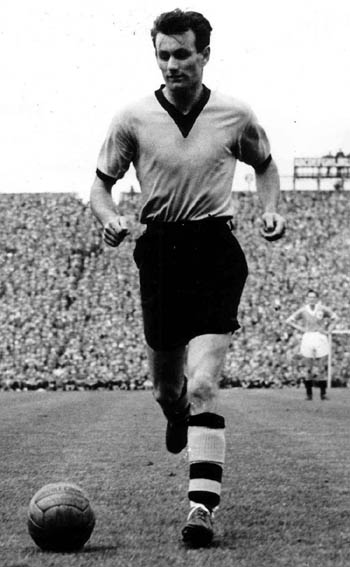 In action at Old Trafford.

Had Jimmy Murray now been in his prime, Wolverhampton Wanderers would not have been standing three points clear at the top of the Championship.

They wouldn’t have been sitting so proudly in this position because, with Murray in full swing, they would have escaped this level in the spring.

Mick McCarthy admits it and the statistics bear him out: if Wolves had possessed a proven goalscorer last season before the mid-January arrival of Sylvan Ebanks-Blake, they would have been in the play-offs and quite probably up, up and away.

And the excellence of the man who died over the weekend aged 72 would have made all the difference.

The Kent-born centre-forward had a record that would stand up to any examination in any generation; 299 League and Cup matches for Wolves, 166 goals.

Not only were those figures compiled entirely in the top flight, they were actually one of the main planks on which Stan Cullis’ Wanderers built their successive title triumphs of 1957-58 and 1958-59.

Johnny Hancocks is the only player to have hit more (old) First Division goals for the club (157 against 155), so we’re talking here about a serial scorer, even if Murray would have been embarrassed by such talk.

Roy Swinbourne was such a difficult act to follow in the Iron Manager’s attack that you could forgive the younger pretender the insecurity he felt after leaving behind his Kent home and a possible working life down a coal mine. 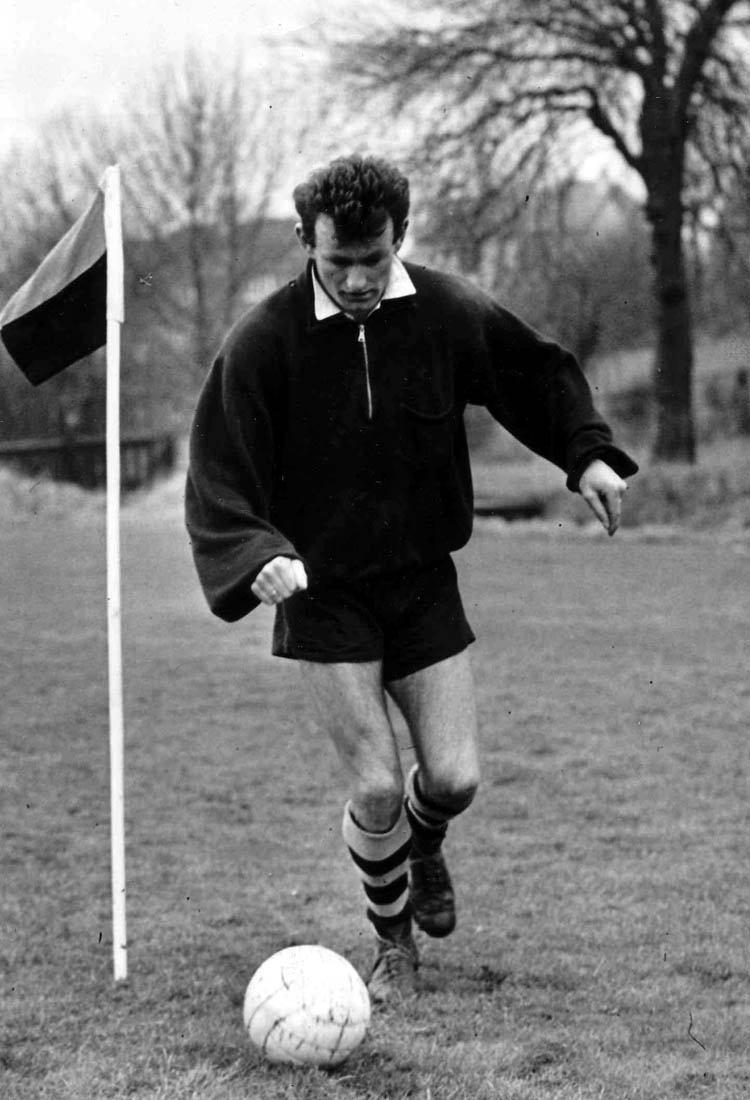 Hard at work on the training ground.

As an insurance against him not making it professionally, Murray was initially found extra work at Don Everall’s as a mechanic. And, remarkably, his main concern when Wolves prepared for the visit of Moscow Dynamo in November, 1955, was to get a ticket for a so-called friendly that attracted over 55,000. He needn’t have worried. The subject of a news billboard that he saw bearing the message ‘Unknown To Lead Wolves’ turned out to be none other than himself.

The 20-year-old didn’t score in Wolves’ 2-1 win but made one goal, struck the woodwork and prompted Phil Morgan to write in the Express & Star: “He played his part well. He led the attack with imagination and verve in the first half and, in slowing the pace a little in the second, came near to a goal with a slick header that beat Yashin and flashed back off the crossbar.”

Murray, from the same street in Elvington as Peter Broadbent, found his feet in what remained of that 1955-56 campaign with a double-figure goal haul and kicked on a year later with 17 in a side whose sixth-place finish was their lowest for five seasons.

In an appetiser for what was to follow, he then hit all five in Wolves’ victory over Southern Transvaal in the first game of the 1957 summer tour of South Africa.

Back on home soil, Murray found the net 16 times up to Christmas before hat-tricks against Birmingham and Nottingham Forest (he hit another against Darlington in the FA Cup) meant he ended 1957-58 with a haul of 32 as well as a title winner’s medal.

Two under-23 caps are all he had to show by way of an international career that many thought should have included senior recognition, the likes of Derek Kevan (later a Manchester City team-mate), Brian Clough, Bobby Charlton and Nat Lofthouse being preferred.

Murray expended any frustration on First Division defences. He rattled in 21 more goals in Wolves’ successful 1958-59 Championship defence, including one in each of their last seven games.

It was the second of three successive seasons in which he finished as the club’s leading League scorer – a feat he would repeat in 1961-62 – and he netted 32 times in a 1959-60 campaign in which he played in a winning FA Cup final side at Wembley and in which Wolves were pipped by Burnley to the title and so denied the first double of the 20th century. 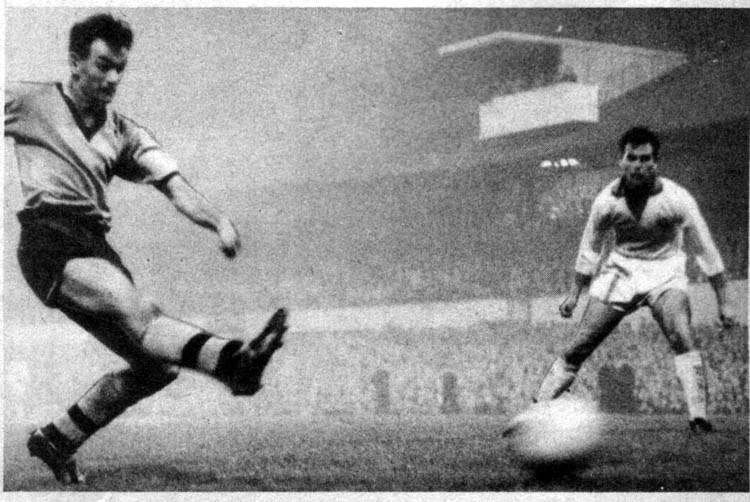 Murray, who later served Walsall and Telford as well as City, was more Ian Rush than Steve Bull or Michael Owen; a brilliant finisher, a great scorer of goals rather than a scorer of great goals, and decent in the air considering his relatively lean 5ft 10in frame.

By coincidence, I was in Malcolm Finlayson’s office a few years ago when Murray returned a call from his Lichfield home to decline my invitation for an interview.

“That’s Jimmy,” Malcolm said today. “He was the most unassuming person and a hell of a nice bloke. If someone praised him, he would look away and wonder what they were talking about.

“He probably didn’t realise what a good centre-forward he was; quick over the first ten yards, two good feet and a good head. He wasn’t physical but his running off the ball was so good that he often left defenders ball-watching.”

Flags are flying at half-mast at Molineux and a minute’s silence will be held before tonight’s home game against Reading.

*www.wolvesheroes.com acknowledges the kind contributions of Steve Gordos and Mick Tranter to this tribute.