Success On A Plate

Better Late Than Never For Bob 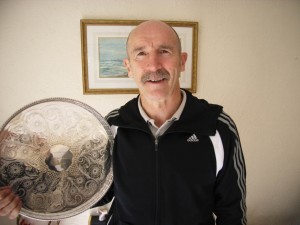 Bob Hatton pictured 42 seasons on, with the silverware celebrating his contribution to Wolves' promotion.

Bob Hatton has revealed how his part in Wolves’ promotion triumph of 1966-67 was finally recognised – the small matter of a decade and a half late!

The well-travelled striker played a key role by scoring eight goals in only 13 appearances in the season Ronnie Allen’s side finished as Second Division runners-up to Coventry.

His fine strike-rate was not enough to stop the manager offloading him to Bolton shortly before Derek Dougan’s arrival in the March, though, and he later served Northampton, Carlisle, Birmingham, Blackpool, Luton, Sheffield United and Cardiff.

And it was on a subsequent return visit to Molineux as a Blades player in the early 1980s that he took receipt of a surprise gift.

“I was in the away dressing room, probably in around 1982, when the groundsman stuck his head round the door,” Hatton recalls. “He saw me and said: ‘I’ve got something for you.’

“Then he reappeared with this lovely silver salver, engraved with my name and the fact that I’d help Wolves win promotion in 1966-67. Apparently, it had been stored in a cupboard near the shooting pen under the old main stand.

“I was absolutely astounded when I took the brown paper off and saw what it was. No-one had ever mentioned that it was waiting for me. I had been sent some bonus money when Wolves won promotion but no-one from the club had written to me or rung me, to my knowledge, to let me know about the gift.

“We’ve been in this same house near Solihull now for 30 years and it has a prominent place here. I’m very proud of it.”

The 61-year-old from Hull speaks of great affection of his brief time at Molineux, having been recruited along with Gerry Taylor after both had impressed at the Wath Wanderers nursery.

“When we were called in by Jack Howley, I thought it was a telling-off for sneaking another 2s 6d on our expenses,” he added. “But it was to say we were being taken on as professionals and there were contracts for us to sign.

“I scored on my Wolves debut against Mansfield in the League Cup and after 30 seconds of my League debut for them, against Portsmouth. Ronnie Allen thought I’d made history as the fastest ever scorer in a debut but the League came back and said some guy in about 1895 had scored in his 29th second on the pitch! 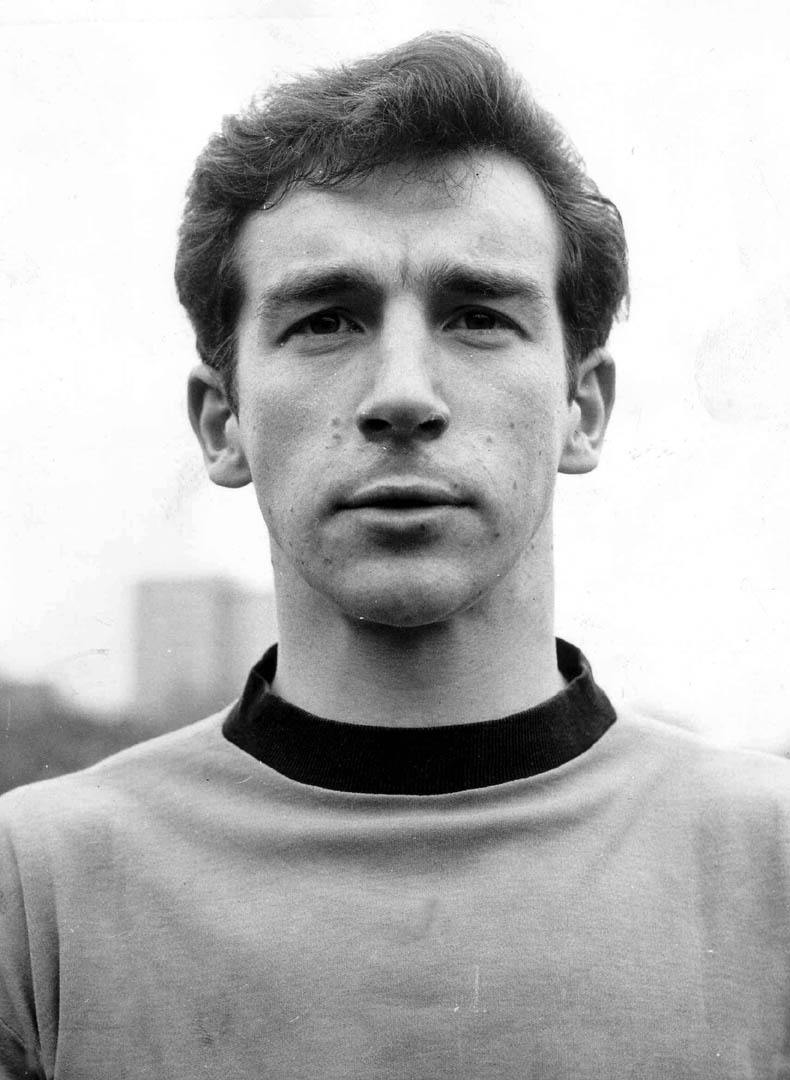 Hatton in Wolves colours in the mid-1960s.

“All my Wolves appearances were in that one season and I scored a few goals for them but Ronnie called me in this one day to say the Bolton manager and directors were there to talk to me.

“Outside Molineux, there were a lot of photographers and I was flattered that my possible move had created such interest. Then I walked into the ground and saw Derek Dougan! Ronnie needed money to buy Derek and obviously he was prepared to use me to raise it.

“But I had a wonderful time at the club and was delighted to help them back to the top division.”

All told for the nine clubs he served in 19 years, Hatton scored 215 goals in 617 League matches.