Retirement Not Yet Total For The ‘Other’ Thomson 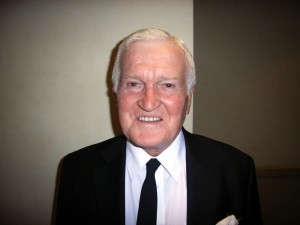 He’s not the most famous player Wolves have ever had. In fact, he’s not even the best-known Bobby Thomson the club have had.

But the Scot, not to be confused with the locally-born namesake who played exactly 300 games for the club at full-back, is nevertheless claiming a couple of notches in West Midlands football history.

At the age of 71, the former inside-forward is believed to have become the oldest player ever to appear for the Aston Villa Old Stars team.

Thomson donned boots borrowed from Tony Morley to go on as a substitute for the final ten minutes against Sutton United earlier this season in a game staged to raise funds for cancer-stricken former Molineux and Villa Park midfielder Paul Birch.

And Thomson is now awaiting confirmation that he’s the most senior of all the players the Old Stars have used since they were founded by the late former Wolves and Villa winger Les Smith as far back as 1960.

“I quite fancied going on when we were 3-0 up but then it came back to 3-2, so it wasn’t really a time for me to do any posing!” Thomson said.

“Thankfully, we held on and it was a good job I had some excellent players around me like Colin Gibson, Des Bremner and someone many Wolves fans will remember from the 1990s, Gordon Cowans.

“I managed to get through, just, and am now waiting to see if I get another chance. It was brilliant to get out there again at my time of life and have a trot around, especially it was for such a good cause as Paul Birch.”

Dundee-born Thomson had an unfulfilled Molineux career, marking his competitive first-team debut with a goal in a 2-0 home League win over Newcastle in April, 1957, but being dropped for the visit of Albion two days later and never being picked at senior level by Stan Cullis again. 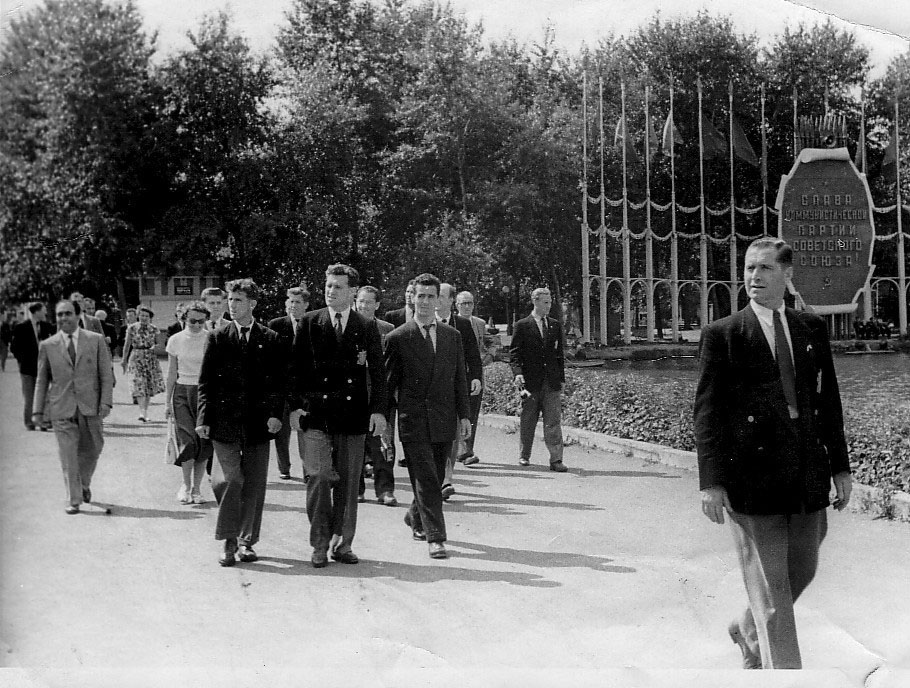 Joe Gardiner leads Wolves on a sightseeing visit in Russia in 1955. Bobby Thomson is in a light jacket, partly hidden by the lady wearing a white top.

He did, however, have the consolation of playing in a floodlit friendly against Valencia around the same time and of going on Wolves’ ground-breaking tour of Russia in 1955.

While the player couldn’t crack it, though, with a club who were winning two League Championships and the FA Cup at a time when he might have been finding his first-team feet, he was a big success just down the road.

He scored 70 goals in 171 appearances for Villa and then also served Birmingham – a career shift that prompts him to say now: “Unless someone tells me otherwise, I’ve got myself down as the first man ever to play for Wolves, Villa and the Blues. And I don’t think anyone else did likewise until Peter Withe and Phil Robinson.”

Thomson (full name Robert Gillies Mackenzie Thomson) still lives in Birmingham and is quoted at length in the 2008 publication The Doog. He is now considering writing a book about his own career.