Martin’s Courage In Face Of Adversity 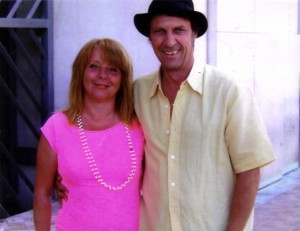 Martin and his partner and childhood sweetheart Julie in Spain this July.

Martin Patching is maintaining his usual positive attitude to the news that he requires a second brain operation – and has proved it by completing another tiring run for charity.

The former Wolves forward underwent 14 hours of life-saving surgery in 2006 after collapsing on his way to Watford’s play-off final victory over Leeds and eventually being found to have a tumour.

Recent tests showed that he has another growth and he goes into hospital for a medical on Monday prior to his big appointment with the surgeon on November 19.

But, in a break from sprucing up his new house in Rotherham, he insisted he was living his life as usual in the meantime, including making plans for his 50th birthday party in a couple of weeks’ time.

“Thankfully, the tumour is benign, as the last one was, and it’s just something I need to get sorted out,” he said. “The last one was the size of a cricket ball and would have killed me within three months had they not diagnosed and removed it.

“This is much, much smaller and the medical people have described the op as insurance surgery. I had some radiotherapy which ‘zapped’ or stunned it for a while but the tumour needs taking out because it has grown slightly in the last few months. 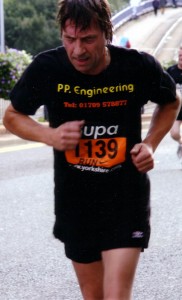 A look of grim determination on the streets of Sheffield last month.

“Obviously, it’s something I could do without and it is a worry to my family. But they told me at the hospital that I was okay to do the 10km BUPA Great Yorkshire Run recently and I actually finished seven seconds quicker than when I raised nearly £4,000 for the Sheffield Hospital Trust by running the same event last year!”

Patching, a former England schoolboy international, played 101 games for Wolves and scored 11 goals, his best seasons coming when he made 35 and 36 appearances in 1976-77 and 1977-78 respectively. He then went on as a substitute in the FA Cup semi-final defeat against Arsenal at Villa Park in 1979.

He grew up in South Yorkshire as a Wolves fan and has attended many of their matches against Watford in recent years as a columnist for the Hemel Hempstead Gazette and a PFA-approved part-time reporter for the Press Association.

His media duties are currently on hold but he saw Wolves’ Carling Cup tie against Rotherham earlier this season and plans to be back as soon as he can.

“I have four brothers, a sister, a mother and a better half to look after me when I need it but I came back from two cruciate knee operations to play a few First Division matches more than 20 years ago and I’m determined to come out of all this in good shape,” he added. 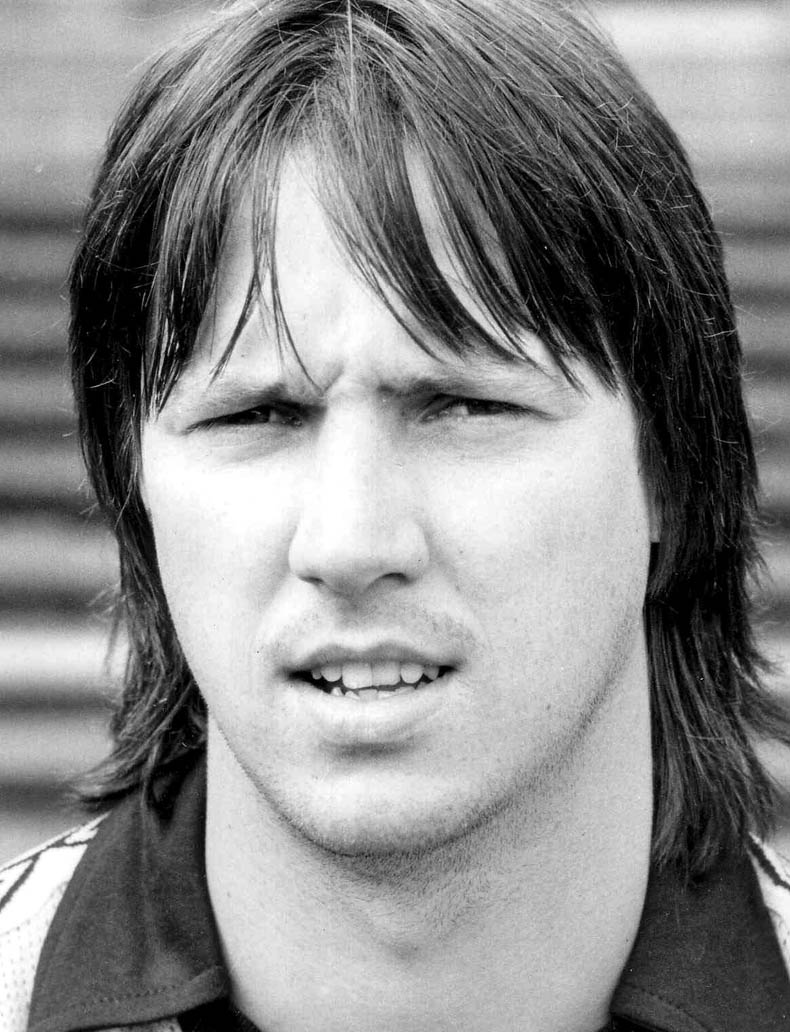 Patching the player from his Molineux days.

“I can well relate to what Seve Ballesteros is going through now. There has been talk of him having an epileptic fit, which is what I had in 2005, and they will probably know by now whether his tumour is malignant.

“I collapsed at the motorway services on my way to Cardiff and insisted on going to the Championship play-off final rather than to hospital. I don’t know why I bothered because I don’t remember a thing about the game.”