Home, Not Away, For Holsgrove

Big Move Is Put On Ice 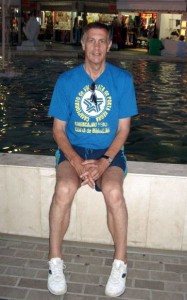 John Holsgrove has shelved plans to emigrate to Spain – and opted for now for a local move instead.

The former Wolves defender and his wife Jan have a home near Malaga and are considering setting up permanent residence there.

When they pack their belongings a week on Friday, though, it will only be to make the short switch from Camberley to another town south-west of London, Bagshot.

“It’s only about three miles from where we are now and we’re going because we didn’t think there was any point keeping a house that was big enough for the family when there will only be two of us in most of the time,” Holsgrove said.

“Our daughter is at university and comes back on occasions, so the Spanish idea will stay on the horizon.

“I’m 65 in a couple of years and Jan and I both still work. We’re lucky to have the choice as to where to live and we love jumping on a plane and finding ourselves in a different climate two and a half hours later.

“It’s one thing living in a place, though, and the other just visiting it. This move gives us a but longer to think about what we want to do permanently when we are retired.”

Holsgrove, who played 202 times for Wolves from 1965 to 1971, was born in South London and now works for the Ministry of Defence in a library in the garrison town of Aldershot. 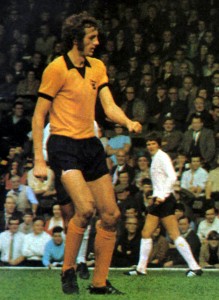 Holsgrove in 1970 action against Spurs, with Peter Knowles' brother Cyril in the background.

He admits to still wanting to be busy rather than put his feet up and will be a frustrated man when the delivery vans arrive.

“I had a hernia operation three weeks ago and have had to put my feet up for a while, which isn’t really me,” he added.

“I’m normally in the gym three times a week and up early every morning but I’m going to be restricted to carrying the lighter stuff when we move.

“Thankfully, we have three strapping sons, so hopefully the heavy work will be done by them.”