Frank Homes In On Blind Side 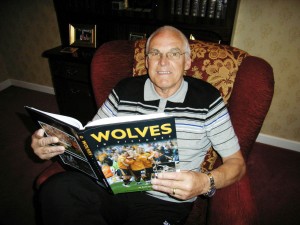 Time to stir some fond memories.

Frank Wignall has revealed that he has made a couple of unheralded return trips to Wolves – some 40 years after Bill McGarry showed him the Molineux door.

The powerful striker has little contact these days with his former team-mates and admits he was back in the West Midlands as a supporter of the opposition.

“Our grandson Daniel is part of Derby’s Academy system and I’ve been to watch him play twice at the Wolves training ground in the last couple of years,” Frank said.

“He plays in the under-11s and seems to have more sense than to play as a centre-forward like his Grandad. Although he’s going to be a big lad, they seem to be converting him to a wing-back.”

Wignall was a big hit with the late 60s Wolves, scoring nine goals in 11 appearances at the end of 1967-68, including a hat-trick at home to Chelsea, in a repeat of Derek Dougan’s promotion-securing heroics of 12 months earlier.

This time the flurry spelled the difference between relegation and top-flight survival and he followed up by scoring six times by the start of December the following season.

All told, he netted 16 times in 36 Wolves games but such figures weren’t enough to earn him a long-term opportunity and McGarry had some surprise news for him in mid-season, not long after his own arrival in place of the sacked Ronnie Allen.

“He told me it was ‘last in, first out’ and was selling me,” added Wignall, now 69. “I think he wanted Hughie Curran in, so I went off to Derby. 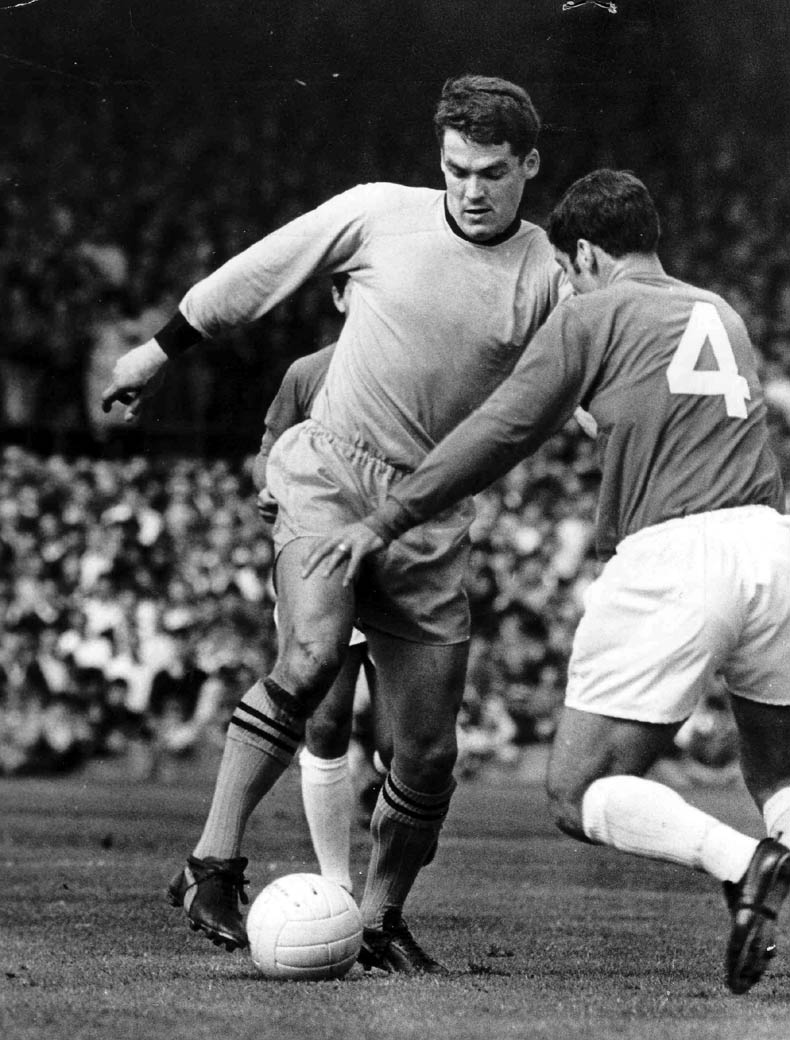 Wignall tests Ipswich's defence at Portman Road on the opening day of 1968-69.

“I was happy enough with the club, although my wife wasn’t that happy in Wolverhampton, so it wasn’t a big problem. I went off to Derby, who were five points clear at the top of the Second Division, and I was part of the Brian Clough/Peter Taylor side who won the League a few years later.”

Frank lives a few miles south of Nottingham, having also played for Forest, and had several 1990s meetings with Mike Bailey when both scouted for Everton.

He regarded Dave Woodfield as another close Molineux friend and, when national coach in Qatar in the mid-1970s, appointed the craggy centre-half as his assistant.