Home And Away Life Of Duo 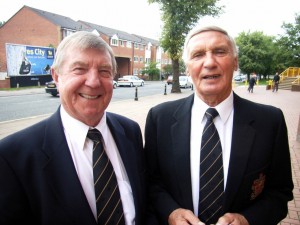 For around a decade, they were rivals for a Wolves shirt and often team-mates.

Half a century later, they are near neighbours, albeit not in Wolverhampton and not even in England.

Eddie Stuart and George Showell, veterans of the all-conquering Stan Cullis sides of the 1950s, now both live just over the North Wales border in Wrexham.

“We’re not in and out of each others’ houses all the time but our paths do often cross,” said Showell, who played 218 times for the club. “We both use Asda for a start, so we’re likely to wheel our trollies across the car park together and have a natter with the wives as well.

“Our homes are around half a mile apart and it’s quite convenient if we’re travelling to Wolverhampton for get-togethers, although I’m the one who usually has to do the driving!”

While Showell has been in Wrexham for decades since his post-Wolves career took him to jobs at the Racecourse Ground and then in the local hospital, Stuart, who captained Wolves towards the end of a Molineux stay containing 322 League and cup appearances, is a late-comer.

He and his wife Cynthia switched countries three years ago and he says: “We found that a lot of our friends, as well as our family, had left Wolverhampton, so there wasn’t much reason for us to stay there. 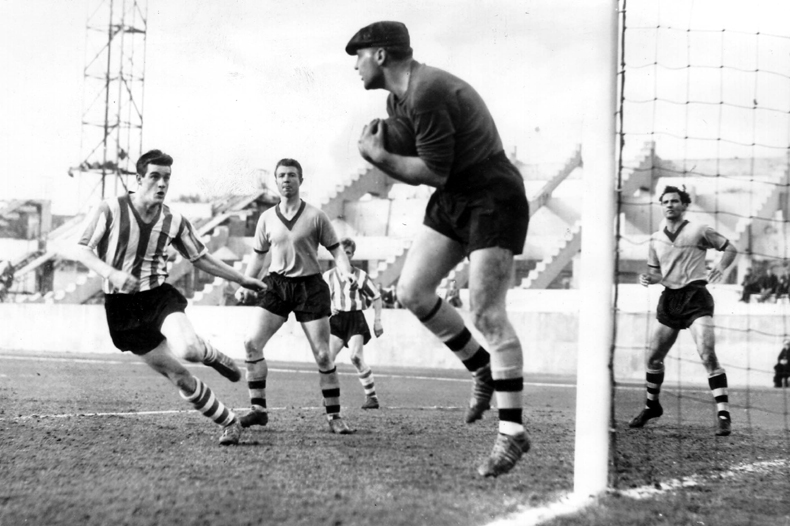 “We had connections up here, decided to make the move and have had no regrets.”

“I lost 1st 10lbs and was struggling for a while,” he added. “But I have made a very good recovery and put all but half a stone back on. I am very glad to be alive because the problem was caught just in time.”