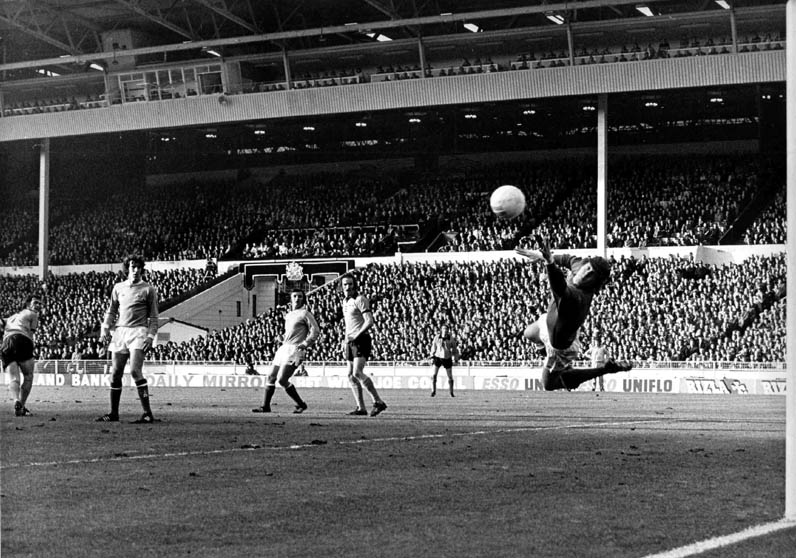 The big breakthrough against City from Kenny.

The memorable Wembley victories over Manchester City and Nottingham Forest respectively are told not only through film footage but via a series of player interviews conducted mainly at Molineux.

In a 30-minute programme hosted by Stan Collymore, fans will hear the thoughts on the first of those two finals from goalscorers Kenny Hibbitt, speaking at his home in Gloucestershire, and John Richards.

There is also an insight from right-back Geoff Palmer, the youngest player on the field at 19 and a man with a memory of manager Bill McGarry rushing across the pitch towards him at the final whistle. “I thought he was running to me but he dashed straight past and went and gave Gary Pierce that famous hug instead!” the Cannock-born defender recalls.

Hibbitt, Richards and Palmer also figured six years later in Wolves’ win over Brian Clough’s Forest, the hot favourites and holders, and go on to give their views of that final, too, along with Willie Carr, Mel Eves, goalscorer Andy Gray and manager John Barnwell.

The message apparently comes over loud and clear that Gray’s team-mates were relieved he was able to poke in the winner with his left foot and not have to rely on finishing with his shakier right one!

Along with the interviews and Wembley action, there are also clips of Wolves’ semi-final success over Swindon and the making of the Wonderful Wolves Wembley song in the recording studio.

Collymore has been an impressive host on the programme and says: “It has been a fantastic opportunity to relive the successes of many of our local clubs.

“Growing up in Cannock, I always had a strong relationship with Wolves and can well remember them winning the League Cup in 1980. I still live in the area while working full-time these days in the media and know how happy Wolves fans are at their club’s progress this season by the number of them that ring my Saturday talkSPORT show.” 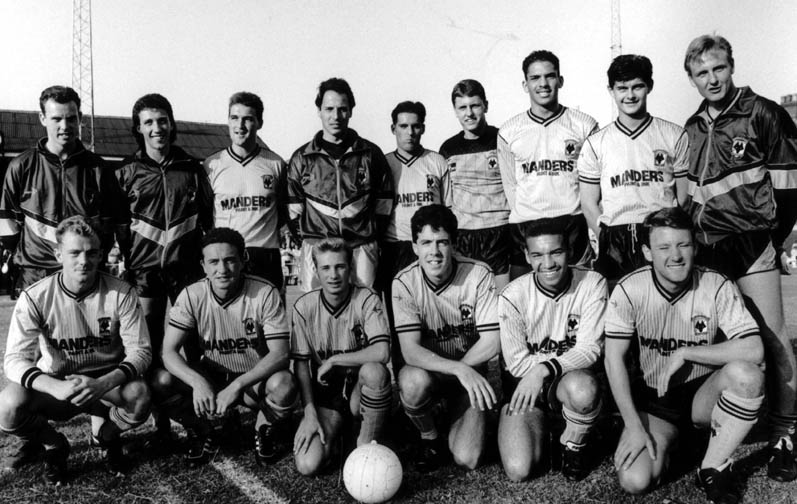 Collymore, third from the right of the back row, before a Wolves friendly at Burton.

Regrettably as far as Wolves supporters are concerned, Collymore was released from Molineux in the late 1980s without playing a competitive first-team game after serving part of his traineeship with them.

The Glory Days series has previously focused on the feats of Forest, Coventry, Stoke, Derby, Albion and Leicester and ends next week with a look at Villa’s European Cup conquest.