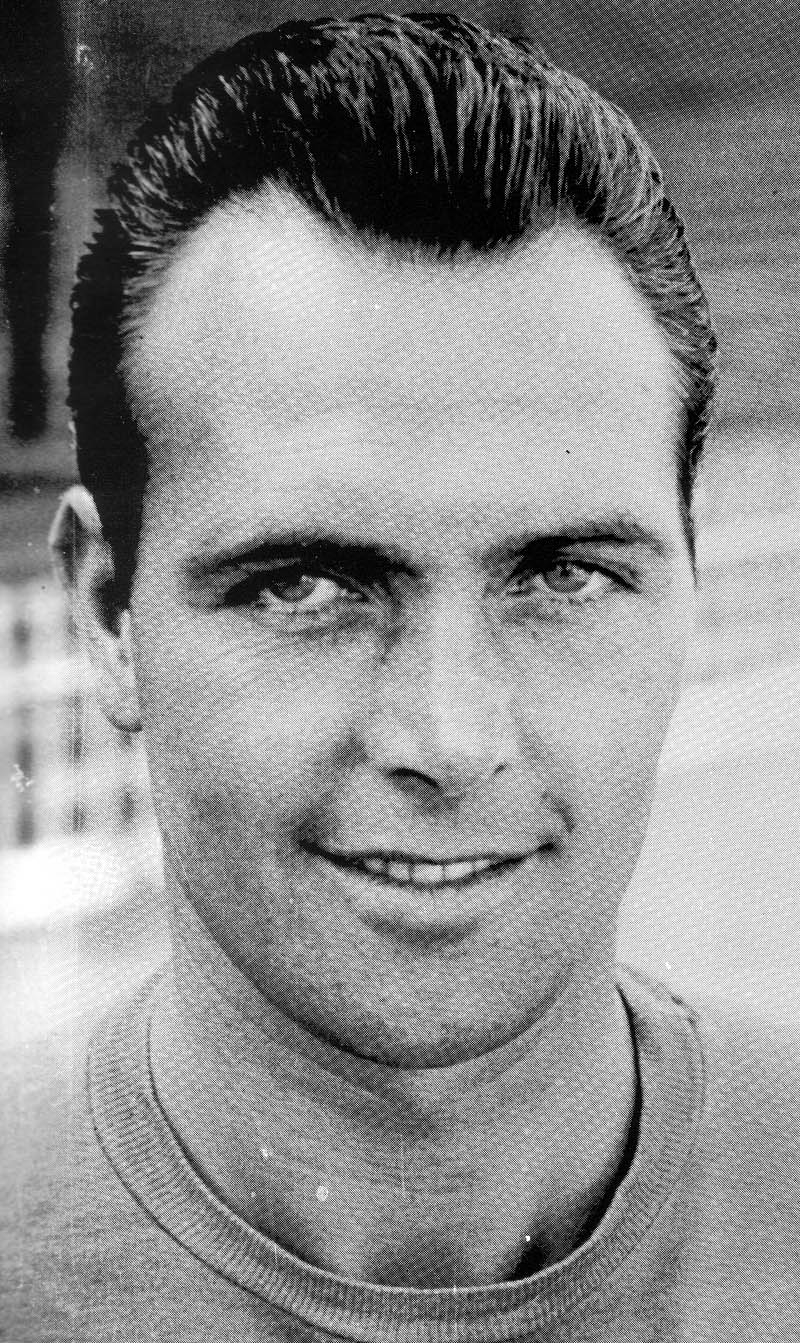 Former Wolves and Aston Villa keeper Geoff Sidebottom has died at the age of 71.

The Yorkshire-born product of the famous Wath Wanderers nursery played 35 times while at Molineux, making his debut in the League game at Albion in front of almost 49,000 spectators on November 1, 1958.

He also played in the next two games, 2-0 victories against Preston and Burnley, although he didn’t figure again in that season’s title triumph.

He then made ten appearances the following season, including the victories at Luton and Leicester in Wolves’ winning of the FA Cup, and in the 5-2 defeat at home to Barcelona in the second leg of the European Cup second-round tie.

The bulk of his senior outings for Wolves, though, came in 1960-61, in which he played in 18 of the first 22 League games in Malcolm Finlayson’s absence through injury after also featuring in the Charity Shield draw at Burnley.

Away from the first team, Sidebottom, who had worked in a foundry near Barnsley in his teens before discovering his penchant for keeping, played in the Wolves side beaten by Manchester United in the final of the FA Youth Cup in 1953-54.

He left Molineux in February, 1961, and embarked on an 88-game first-team career with Villa that included a role in the winning of the inaugural League Cup in 1961.

Ironically, after being kept out at Wolves by Finlayson, Sidebottom proceeded to tie down a senior place at Scunthorpe and keep no less a starlet than Ray Clemence in the shadows for a time. He later played for New York Generals and Brighton and had a coaching stint in the USA.

He was taken to three different clubs – Scunthorpe, New York and Brighton – by the former Birmingham manager Freddie Goodwin, who said of him: “He was the bravest keeper I have ever seen.”

Wolves were due to be the opposition for Sidebottom’s testimonial game after injury had prompted him to quit. A fixture was agreed for 1971 but Brighton already had two other stalwarts being recognised that year, so the match was rearranged for 1972, when Goodwin’s Blues were the visitors.

Scottish-born Bobby Thomson said of the keeper’s passing: “I was with Geoff at Wolves and Villa and he was a brave lad, although a wee bit on the small side for a keeper. I also knew his family and it’s very sad news.”

We are also indebted to Coventry-based Wolves fan Don Noble for the following appreciation: “His best performance was probably the FA Cup fifth-round tie at Luton in 1959-60, when he stood up for over an hour to a constant bombardment in the home side’s search for an equaliser.

“He was beaten twice, first when Luton’s centre-forward dribbled round him and fell over as the ball rolled wide of an empty goal, then when he had a shot well covered until Bill Slater diverted it into the opposite corner. 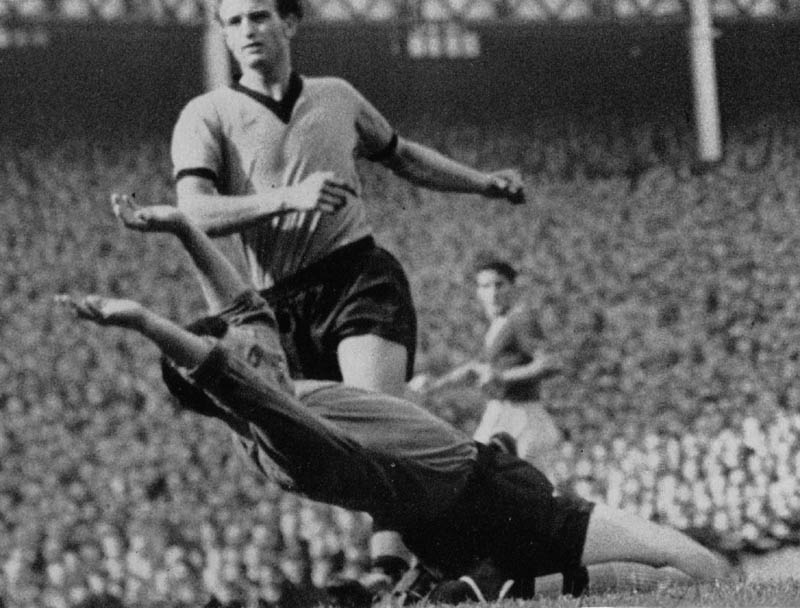 Sidebottom in action at a packed Goodison Park in 1960.

“After Luton equalised, Wolves immediately scored again and finished 4-1 winners but the score gives no indication of the tension that afternoon, or of Geoff’s first-class performance. It’s nearly 50 years ago but I remember it far more vividly than modern matches!”

Sidebottom became a window cleaner and a building contractor after his playing days were over.