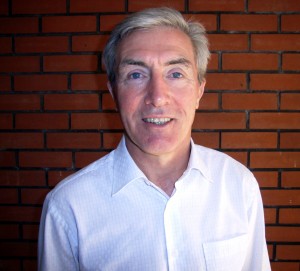 Hand in hand with the new extended feature below about Danny Hegan, John Richards writes his second www.wolvesheroes.com article. And, in having his say, JR expresses a note of regret about the career of the colourful former Molineux midfielder:

“My lasting impressions of Danny as a player are from our run to the UEFA Cup final in 1971-72.

“Away to Juventus in the quarter-final, he was absolutely outstanding up against Helmut Haller, who was one of the best players in Europe. It wasn’t a man-marking job because he wasn’t the sort of player you’d ask to do that but he completely outshone the West German star.

“When we got back to the dressing room afterwards, Danny motioned to look in an imaginary pocket in his shorts and said: ‘Are you still in there, Helmut?’

“Then, in the final against Tottenham, he almost scored past Pat Jennings with a volley from near the half-way line. It was a fabulous effort.

“Those games show what a wasted talent he was. Danny was a slower version of George Best. He could beat players so easily and pass beautifully. When he put his mind to it, he could control a game, no doubt about it.

“Unfortunately, he will be remembered for his off-field antics and for his absences. He lived for a while in a club house in Fordhouses and went out to The Vine for a pint one Sunday lunchtime. His wife asked him to bring some crisps back for the kids and he didn’t return until the Thursday.

“He used to enjoy a drink in the Tavern In The Town and many’s the time Sammy (Chung) would have to go searching for him.

“Another time, we departed straight after a home game for a few days in Southport prior to a big cup match. Bill McGarry wasn’t on the coach, so Danny got stuck into the drinks and fell asleep. A few of the lads picked him up and lay him out on the overhead rack before we arrived. He was going to be left there as well but the driver, Sid Kipping, wasn’t happy about that! 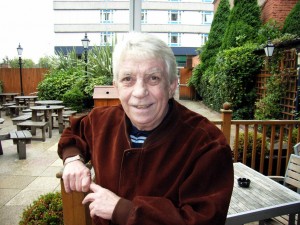 “We had some fun with Danny and the stories are legendary among the lads but you don’t want much to do at the time with someone who is so unreliable. You want people in your team who you can trust.

“You never knew which Danny Hegan was turning up, so you often weren’t bothered whether he was there or not.

“McGarry maybe kept faith with him longer than he should have done but, with the skill Danny had and considering some of the cracking matches he played, what a player he might have been.”