A Lawrie Load Of Qualifications 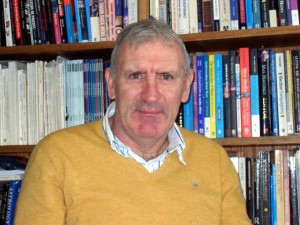 'In the book' has another meaning these days.

As a footballer, Lawrie Madden was always a rarity as the proud holder of a degree in economics and social studies.

Now, in his full-time work in the media, he is helping some of today’s players gain the qualifications that will create career options for them once they hang up their boots.

The 53-year-old former Wolves and Sheffield Wednesday defender is the Award Leader in the media department at Staffordshire University in Stoke, heading up a course for players and ex-players.

“We run a two-year fast-track course for players and they come in on Monday and Thursday afternoons and evenings,” Madden said.

“They’re here from 3pm to 9pm both days, the idea being that those times don’t often cut across their training and their matches.

“Among the subjects they learn are commentating, reporting, broadcasting and writing and they also go out on placements where possible. In addition, Ben Burgess has a blog on the News of the World website and Gavin Strachan has one on the BBC site.

“The PFA are behind what we’re trying to do for players and Gordon Taylor came here when we launched the course for them a few years ago.”

Madden, who has also welcomed cricketers to the course and will soon be seeing one or two rugby players, has a wealth of reporting experience as material for his lectures.

Since following up his two-year, 76-game Wolves career from 1991 to 1993 by playing about 40 matches for Chesterfield, he has made big strides in the media world.

He does regular work for Sky Sports, the News of the World and the PFA website and has contributed to several newspapers, including The Independent and Daily Telegraph. 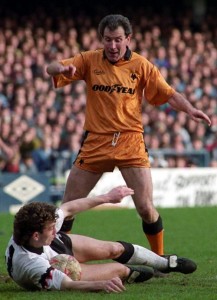 He was at Wolves’ recent home game against Burnley to produce a package for Sky and has also recently interviewed Clayton Blackmore and Gordon Watson for a ‘Where Are They Now?’ feature that goes out on the satellite service in the summer.

Madden, who added a management degree to his CV when he played part-time at Wednesday from 1988 to 1991, was for more than a decade the oldest player Wolves had ever fielded in a competitive fixture.

The tag passed to Denis Irwin in the club’s 2003-04 Premiership season.

* The picture at the top of this page was taken by James Fielden, a member of the Wolves Fans Parliament and a student on one of the media courses at Staffordshire University.