Derby Victory Has Another Airing

One of the bright days in a dark Wolverhampton Wanderers season is being remembered on the satellite channel ESPN today.

Extended highlights of Wolves’ 3-0 top-flight victory away to Birmingham in November, 1981, are being broadcast at the unusual Monday afternoon time of 4.20.

The game, billed as ‘The Dead Good Match’ and containing what the PR people go on to call ‘another vintage display by Andy Gray,’ is on Sky 442.

More details about the station’s output are available from the link http://www.espnclassic.com/tvguide.php 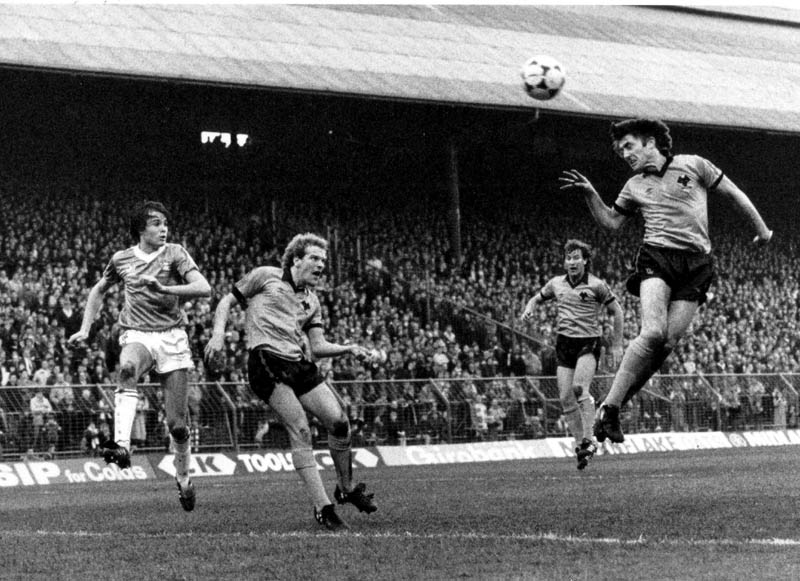 Richards (right) and Gray go on their goal-scoring way at St Andrew's in November, 1981. In between the two of them is midfielder Mick Matthews.

Gray, John Richards and Colin Brazier scored Wolves’ goals at St Andrew’s 27 seasons ago in a game played near the end of the John Barnwell reign.

Alas, maximum points were not enough to prevent the club from slipping into the Second Division – and into administration – at the end of the season.