Fun Way Of Drumming Up Support 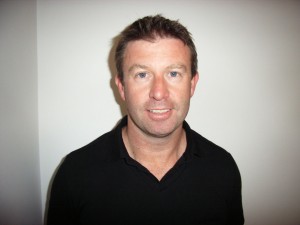 Steve Froggatt - on the West Midlands beat on one of his Radio 5 summarising days.

Steve Froggatt has revealed how he added a big star name to his client list – despite an embarrassing first meeting involving David Kelly.

The former Wolves winger, now a personal fitness trainer, and his one-time Molineux colleague found themselves sharing a car ride back from a 2007 charity cricket event in Cheshire with a team-mate to whom they hadn’t been introduced.

Half-way home, they plucked up the courage to ask his identity and learned that it was McFly drummer Harry Judd.

“We felt pretty bad not knowing who he was,” Steve says. “What made it worse for me was that I had taken the kids to see the band at the NEC a few weeks earlier.

“We realised that the girls who were at the cricket hadn’t gone to watch us but we hadn’t noticed who they were congregating round. Our only excuse could be that Harry was wearing a hat.”

Clearly, no offence was taken. When Froggatt subsequently introduced his new mate to his family, a set of drumsticks were left behind as a present for his son. But the story by no means ends there.

“Six months or so later, Harry phoned to say he was running the London Marathon and to ask if I could help him with his training,” he added.

“It wasn’t easy when they were on tour in Australia, or even staying in hotels in the UK, but I advised him by email and phone where necessary on diet and training programmes and he came to Birmingham a couple of times in a Limo to see me!

“Once, he brought Danny (Jones) from the band and we went running in Sutton Park together, so that’s obviously a bit of a highlight for me from my post-football career. 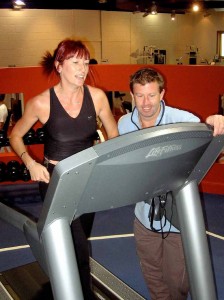 “My clients are not usually footballers or celebrities from other walks of life but just ordinary people who want to tone up a bit, lose weight or just generally feel better about themselves. It was great fun, though, to work with Harry, even if he did make me feel very old.”

Although McFly have had 16 consecutive top-20 singles, there might yet be a sequel to the story. Harry, who completed the London Marathon in 3hr 55min, is determined to compete in a triathlon and may be looking for further expert guidance…..

* See www.stevefroggatt.com for further detail as to what Froggy has been up to since following up his 122 appearances for Wolves with around 60 for Coventry.