Divided For A Day 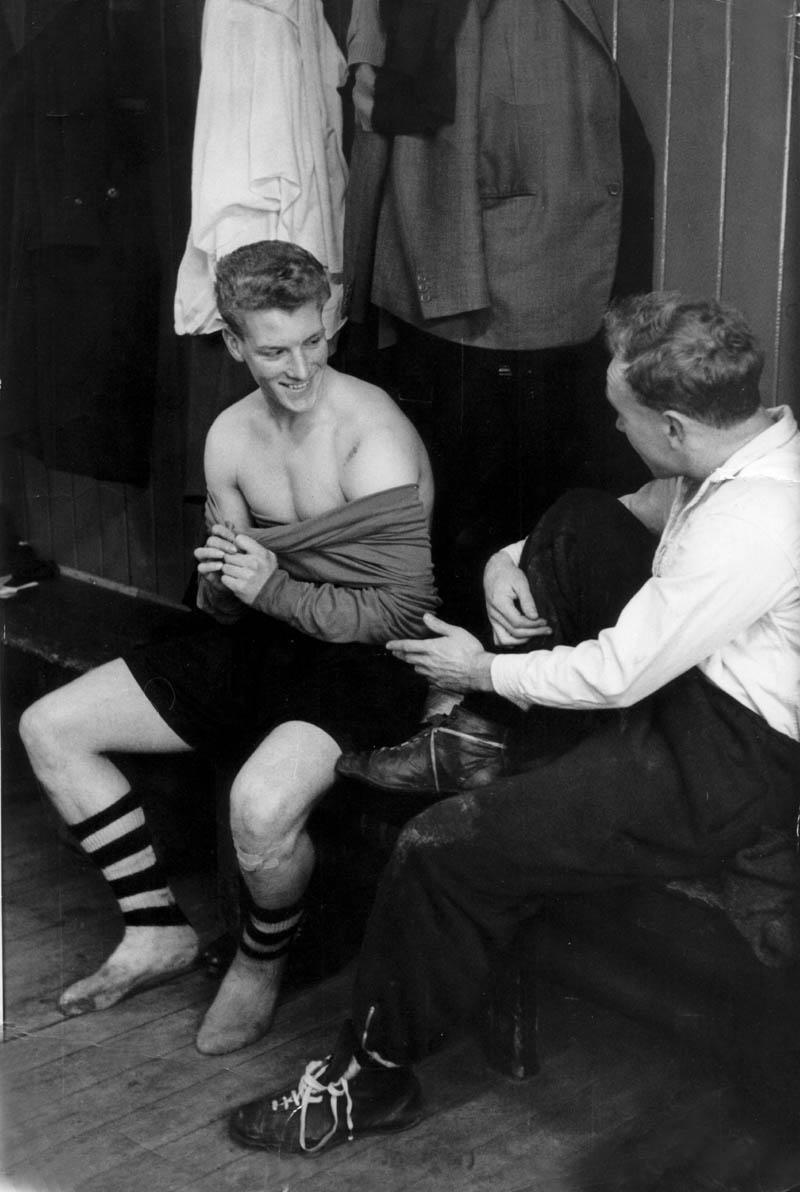 Ron Flowers is preparing for a sentimental return to Doncaster on Saturday as a Wolves fan – but his Staffordshire-bred grandson will be cheering for the opposition!

Flowers was born and raised a few miles outside the Yorkshire town at Edlington and played as an amateur for Doncaster, the club for whom his brother John also appeared.

Going to watch Wolves’ Championship game at the Keepmoat Stadium is therefore sure to be an emotional journey for the 74-year-old – and it’s a trip given a curious twist by the loyalties of his 12-year-old travelling companion.

“My allegiances have to be with the Wolves, although Donny’s result is always the second one I look for,” he said.

“But young Harry has had a real soft spot for Donny for the last couple of years since I showed him some old keepsakes from the time my brother and me spent there. He always knows how they have got on.

“He seemed to get hooked on them and I took him to watch them play at Walsall last season and his Dad Glen went with him to the play-off final against Leeds last spring as well as sending off to buy him a shirt.

“It’s strange to think that a lad brought up round here and still living in the area will be going to the game and supporting Donny but that’s the way it is. He has been very loyal to them and it’s nice that he cherishes something that was in the family all those years ago.”

Ron played at Doncaster’s old Belle Vue ground many times in boys’ football but has never been to the new Keepmoat Stadium.

And crossing paths with old pals will extend his year of reunions. 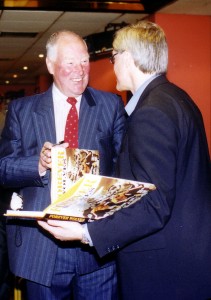 Ron with Mel Eves at a book signing.

He was at the BBC Sports Personality of the Year night in Liverpool on Sunday when a special award was made to Bobby Charlton by his brother Jack in the presence of various members of England’s victorious 1966 World Cup squad.

Ron was also part of a golf day organised for the same players by Peter Bonetti at Forest of Arden last summer.

He now has a big New Year date to look forward to with the dinner marking his induction, alongside Billy Wright, Steve Bull and Derek Parkin, in Wolves’ newly-established Hall of Fame.