Postman Paul On His Rounds 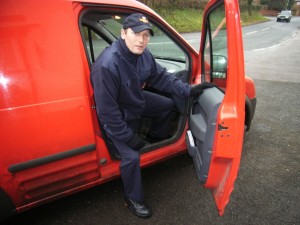 Christmas might be a great time for the vast majority of us but, as in his playing career, Paul Jones is finding that it’s one of the busiest parts of his year.

The outfield version of the two former Wolves players of that name has been delivering mail for a living for the last four years and is no doubt feeling the festive strain.

But he said: “My work is local round the Rugeley area and the hours and outdoor life suit me. It is also decent exercise.

“I used to deliver and install office furniture until I was made redundant, so this is fairly similar.”

Bilston-born Jones, now 43, made 15 appearances in Graham Turner’s midfield after being signed in 1989-90 before going on to spend a couple of months in Hong Kong and then play for Kettering, Stafford Rangers, Hednesford and Chasetown.

More recently, he had the satisfaction of serving as no 2 to Charlie Blakemore when Chasetown achieved back-to-back promotions and helping plot two historic FA Cup runs that were ended by Oldham and Cardiff.

He quit life at the non-League club last summer, though, as away games became increasingly difficult to fit around his work schedule and has since found a new Saturday ‘fix’ by covering home games at Wolves, Walsall, Port Vale, Shrewsbury and Kidderminster for the Press Association through the PFA. 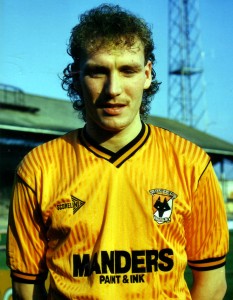 “I was at Chasetown for five years, so it was a wrench to leave,” he added. “I’m enjoying the reporting, though, and glad to be involved in the game in another capacity.

“Coming to work at Molineux has been special as I was always a Wolves fan and idolised John Richards. You can imagine how proud I was to play some matches for them as well, although I’m better known for playing around 150 times for Walsall.”