1960s Half-Back A Legend In Scotland 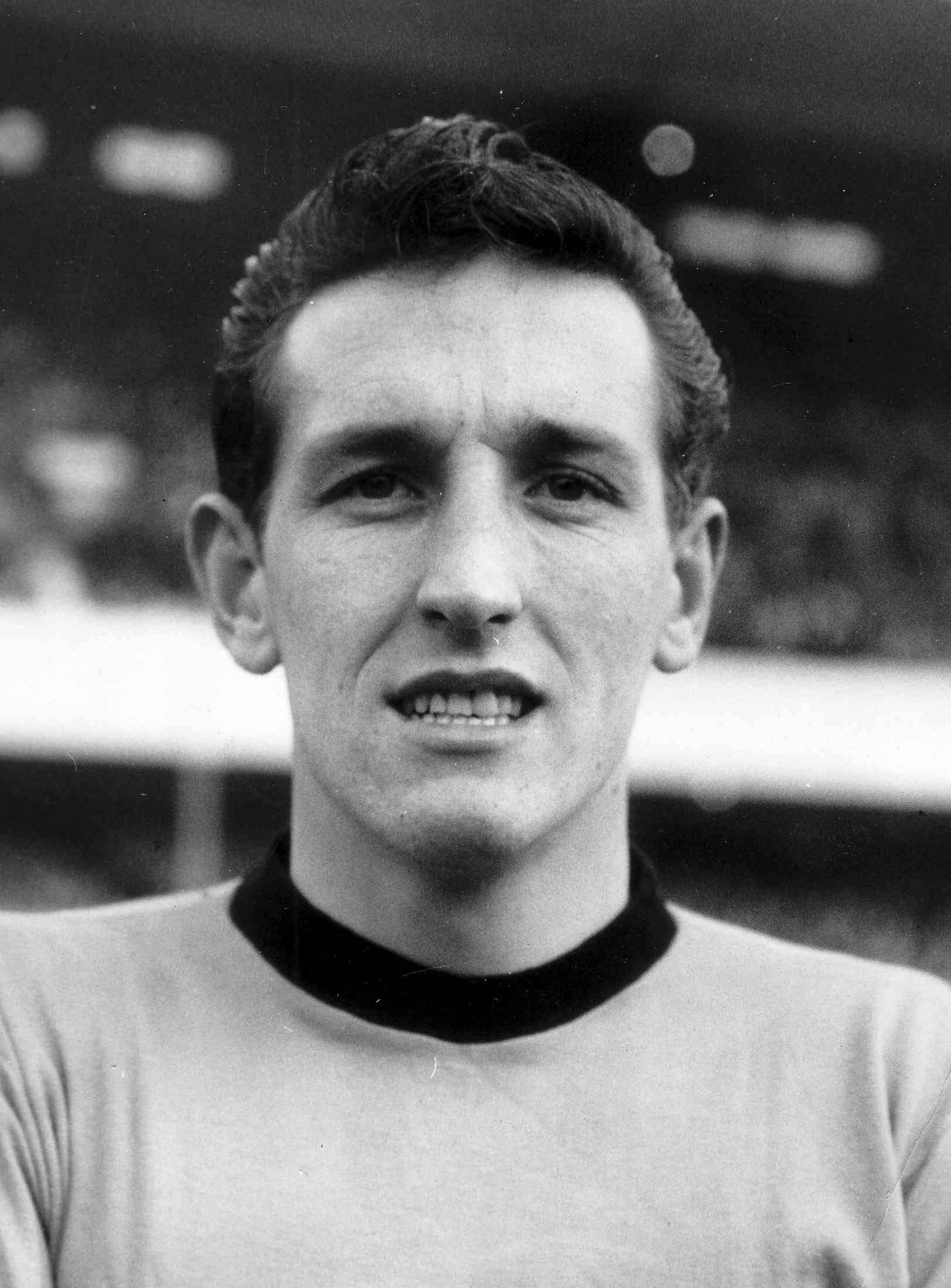 George Miller pictured before Wolves' game at Arsenal in 1964-65.

George Miller, part of Molineux’s mid-1960s Scottish contingent, has died from cancer at the age of 69.

The Glaswegian was brought south in the autumn of 1964 for the then considerable sum of £28,500, making his debut in a home defeat against Nottingham Forest on October 31.

He played 28 League games and eight FA Cup ties that season as Wolves were relegated, scoring twice in a victory at home to Sheffield Wednesday and once in the final match against Liverpool at Molineux.

Miller also played the first nine games of the Second Division campaign in 1965-66 but appeared to be made a scapegoat for the 9-3 defeat at Southampton in mid-September as he was dropped after it, replaced by John Holsgrove and never played for the club again.

“George was a good player and signed at about the same time as me and Davy Wagstaffe,” said his former Molineux team-mate Hugh McIlmoyle.

“As fellow Scots, we used to knock about Wolverhampton together and he enjoyed the dogs and horses.

“I was a good friend of his and saw him a couple of times in Larkhall, Glasgow, after we had finished playing.

“He was slim, about 5ft 11in and very left-footed. Unfortunately, he joined Wolves at a time when there was a lot of transition in the playing staff and he probably didn’t settle. I know his family weren’t too happy in the Midlands and he jumped at the chance of joining Hearts when they went in for him.”

Competent a player though Miller proved himself to be at Wolves, he was far better known north of the border for helping Jock Stein’s Dunfermline win the Scottish Cup in 1961 and for playing 13 consecutive games for them in Europe – an appearance record that included a vital goal in a two-leg win over Everton.

The Scottish under-23 international and Scottish League player later skippered Hearts to the final of the same competition before moving on to Falkirk, where he was encouraged to take on coaching duties.

George Miller, seated, at his 2005 induction into Dunfermline's Hall of Fame. We are grateful to Dunfermline Athletic for the provision of this photo.

Miller then managed both Dunfermline and Falkirk for a combined total of four and a half years, his time at East End Park including the feat of producing the highest-scoring team in Britain in 1972-73 as promotion back to the top flight was won.

He was also a caretaker boss at Hamilton Academicals, where he worked mainly on the commercial side.

A minute’s applause is to be held in his memory at Dunfermline tomorrow night, where Livingston are the visitors and for whom he played 239 matches. The funeral is next Monday.