Sorrow At News Of Former Manager 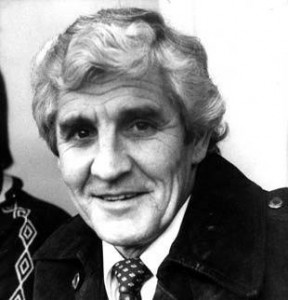 Ex-Wolves manager Ian Greaves has died at his home in Ainsworth, Lancashire.

The 76-year-old had only half a season – and most of a close season – in charge at Molineux in 1982 before being sacrificed in the Derek Dougan-fronted takeover.

But he worked extensively elsewhere and has been a mentor to the likes of boyhood Wolves fan Sam Allardyce and one-time John Barnwell target Peter Reid, both of whom played for him at Bolton.

Wolves denied Greaves’ Bolton promotion back to the top flight in 1977 when they celebrated their  securing of the Second Division title by winning 1-0 at Burnden Park on the last day of the season.

That result sent Nottingham Forest up instead, Bolton also having been pipped on the last day of 1975-76. But Greaves wasn’t to be denied and took the club up the year after Wolves.

He also managed Huddersfield, Oxford and Mansfield and won a League Championship medal with Manchester United as well as playing for them in an FA Cup final defeat, by coincidence against Bolton, in 1958.

Greaves had a full life in football but it might have been wiped out at the age of 25. He was told to take his bag and travel as cover for Roger Byrne on the plane that crashed in Munich. But a late rethink prompted Matt Busby to take Geoff Bent instead for the fateful game away to Red Star Belgrade.

“Geoff never came back – and he was my best mate,” Greaves recalled much later: “I now celebrate two birthdays every year, one on the day of the crash. But for the grace of God, it would have been me there.”