You’ll Wish You Were Here

Gould Getting By In NZ 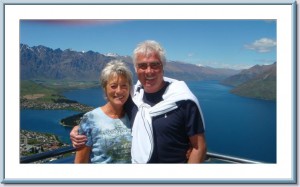 On top of the world and living like royalty in Queenstown.

Bobby Gould is gritting his teeth and getting through his latest ‘posting’ as best he can.

These are certainly testing months for the 62-year-old, who had two prolific spells at Molineux in approaching two decades as a player, and is currently holed up on the other side of the world.

As our pictures show, he is not enjoying the winter sunshine one little bit and says his unofficial duties with high-riding top-flight New Zealand club Hawke’s Bay have left him with no opportunity at all for fun and family time.

It has clearly been all slog and no play as he continues to selflessly forsake the usual festive trappings like flu, postponements and blow-torching ice off the car windscreen. 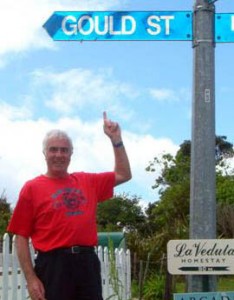 Honoured by the locals already!

The photographic evidence is overwhelming – Bobby is pining for British germs, frost and belt-tightening, and patiently counting off the days until he can escape his Southern Hemisphere hell.

Imagine the relief he will feel when he at last shakes off the Papparazzi who chase him high and low and appear determined to give the impression that he’s having a ball combining helping his son Jonathan (Hawke’s Bay coach) and following New Zealand’s spectacular tourist trail with wife Marge.

Barbecues, sea fishing, taking a dip in the private pool……the homesickness is all too understandable for a man whose suffering was eased by a recent 3-1 win over the Otago United side coached by his former Wimbledon charge Terry Phelan.

No wonder Gould longs for the Tuesday nights when he can once more sit under the cover of a leaking stand roof at some lower-division ground back home in the search for more new talent.

It’s a hard life, for sure, but someone has to take the lead out there in keeping the wheels of the football industry turning. 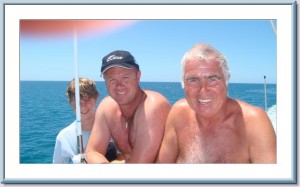 Three generations of Goulds slumming it out on the Pacific.

And, not to worry, the whole ordeal will be over for him come April.