Keith Downing is filling some of his time between coaching posts by helping his former Molineux pal Rob Kelly’s fine work at the side of Preston manager Alan Irvine.

North End are one of the Championship’s form teams, having added to their excellent recent win at Wolves by beating local rivals Burnley 2-1 on Saturday to stand fifth in the table, four points above seventh place.

Kelly moved in as no 2 at Deepdale in the summer of 2007 and had no hesitation in turning to an old friend for assistance when Downing lost is job as Cheltenham manager in the autumn.

“I’ve been scouting for Rob and Alan for quite a few weeks now, concentrating on watching Preston’s forthcoming opponents,” ‘Psycho’ said.

“It is keeping me involved and out there on the circuit at a time when I’m obviously looking for something permanent and I enjoy the work.

“I think they are fairly satisfied with me so far – having such good results is bound to help in that direction.”

Preston have beaten Reading, Birmingham and Wolves this season and have another tough assignment at the weekend when they go to Swansea, where Downing watched Reading beaten 2-0 four days ago.

“Swansea absolutely murdered them,” he added. “As Wolves fans will know, they play nice football and will have their eyes on the play-offs. 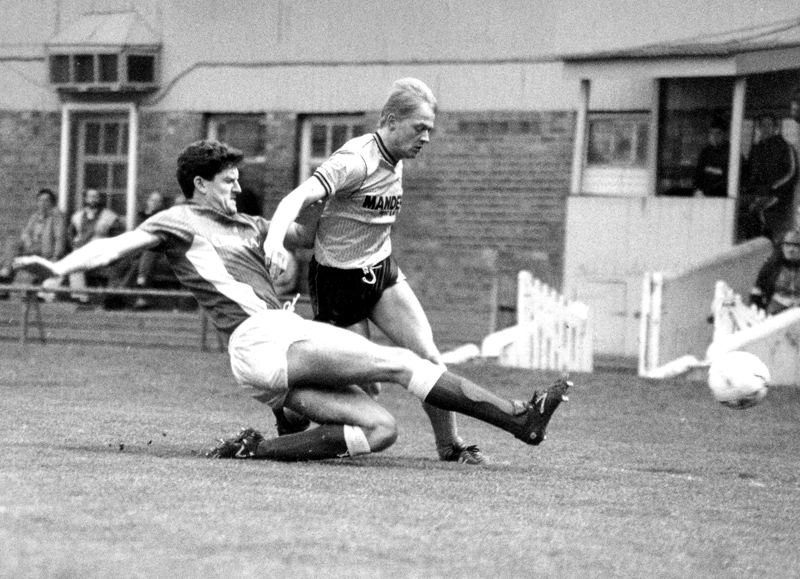 “I’ve also scouted Wolves in the last few weeks, against Birmingham and Sheffield United at Molineux, and tend to watch teams shortly before they face Preston.

“I’ve also been given permission to go and watch training at Wolves, Albion and Birmingham, so it has been interesting to look from the sidelines at the various methods.”

His trip to the latter was facilitated by Phil Robinson, who worked for several weeks in the summer as his no 2 at Cheltenham and who is now back in the game, working in the recruitment of nine to 16-year-olds at Blues.