Name Game Pays Off After A Struggle 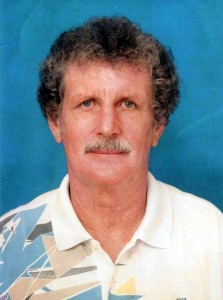 John Richards’ disclosure on these pages last week that he had no idea about the origin of Dave Woodfield’s nickname ‘Duggie’ has kicked off much head-scratching in the former Wolves player fraternity.

Subsequent attempts by www.wolvesheroes.com to clear up the mystery came to little despite a host of enquiries among his one-time team-mates and even a few supporters.

Like JR, Phil Parkes considered himself too young to ask such indelicate questions when introduced in 1966-67 to a Molineux first-team dressing room in which Woodfield was already a leading voice.

And cold water appears to have been poured on the theory relayed to us by Woodfield himself, via his Warwickshire-based brother Paul, that the name ‘Duggie’ was brought in by Wolves players to distinguish the powerful centre-half from the other Dave in the squad, Wagstaffe.

“I only remember him as ‘Duggie’ and you have to bear in mind that he had been at Wolves for five years or more when I was signed,” Waggy said.

Full-back Bobby Thomson agreed that the nickname almost certainly comfortably pre-dated Wagstaffe’s arrival, although he couldn’t shed any light on its roots.

An interesting theory came from journalist, author and lifelong Wolves fan Steve Gordos, who said: “I always wondered how Steve Staunton came to be known as ‘Stan’ at Villa and apparently it was because Ron Atkinson remembered an old pro called Stan Storton – and thought the two names were close.

“By the same token, there was a comedian just after the war called Duggie Wakefield, who was the brother-in-law of Gracie Fields. Perhaps there was some old-timer who called Dave Woodfield ‘Duggie’ because those names were similar.”

Clever. Perhaps too clever because light was shed on the matter from, of all places, California, where Wolves fan Charlie Bamforth recalled reading in the match-day programme in the 1960s how Terry Wharton had conferred the nickname on a player who was then in the same digs as him near Molineux.

“Bunkum,” said Terry last week when – or words to that effect. But closer examination of the story adds very strong weight to Charles’ argument.

John Lalley, the Wolves fan columnist in the Sporing Star, dug deep to find the said programme (for a game against Stoke on August 31, 1968. Asked about his nickname, Woodfield answered: “It all started when I was in digs with Terry Wharton. Often, letters came addressed to D.Woodfield and Terry couldn’t remember if I was called Dave or Doug. He settled for Duggie and the name stuck.” 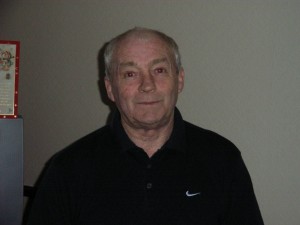 So now we know – and maybe the name Duggie Wakefield was at the back of Terry’s mind.

Charles Bamforth also tells us: “I once read that Duggie would have six raw eggs and sherry for breakfast on a match day. Or at least I think I do, unless my memory IS playing tricks there!”

* Our lengthy Dave Woodfield article appears in the Features section of this site.