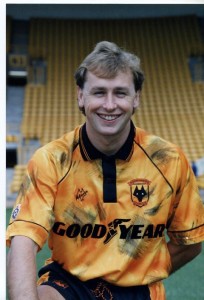 A multitude of ex-Wolves players, along with staff past and present, attended today’s funeral of the former Molineux and Aston Villa midfielder Paul Birch.

The equivalent of a full squad’s worth, many of them one-time Wolves team-mates, were present at West Bromwich Crematorium to pay their respects to the man who died a week and a half ago, aged only 46.

From the backrooms of seasons gone by were John Ward, Stuart Gray, Steve Harrison and Barry Holmes while Richard Skirrow and Graham Hughes represented the present-day club.

“I’ve already heard that there were lads there who I didn’t spot,” Stowell said. “It was packed, a fantastic turn-out – a Who’s Who of the game in this area really.

“A lot of us didn’t make it into the room itself but the speakers were directed so the people out in the reception area could hear the service.

“There were hordes there from Villa and the tributes were first-class – just what you would want for a fabulous fella like he was.

“But you’re just left thinking how much else he had left to give. It doesn’t seem that long ago since he stopped playing and, with the work he has done in coaching, he had such a lot to pass on to others making their way in the game. 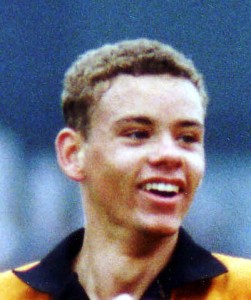 “Funerals are obviously always sad but normally you hope to be giving a send-off to people in their 60s and 70s. Birchy has not been lucky enough to have that sort of long life but he has left some lovely memories among those who knew him.”

Dennison said: “There were so many people there that you spotted faces in the crowd and made plans to speak to someone later and just never said them again because it was so busy. Even at the get-together afterwards, there must have been more than 200.”

* Wolves Heroes’ own reflections on Paul Birch’s life and career now appear in the Obituaries section below right.