Cook Returns To Helm At Sligo 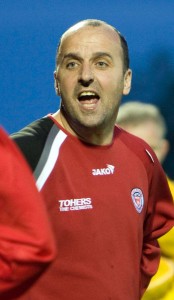 Paul Cook......back in with a shout. Picture by courtesy of Sligo Rovers FC.

Paul Cook has been reinstated as manager of Sligo Rovers, two and half weeks after departing over cutbacks to his budget.

The former Molineux midfielder told www.wolvesheroes.com at the time that he hoped a resolution could still be found to suit all parties.

And one has clearly now been struck as he looks ahead to a League of Ireland season in which the club will be playing European football for the first time in 14 years.

Although Sligo have sold defender Seamus Coleman to Everton for a fee reported to be around £150,000, new promises made to Cook about his own recruitment plans have been enough to bring about a thaw.

“We got to a position where we were in a cul-de-sac and there seemed no way out,” he said. “I thought I was making a decision that was best for everyone. It wasn’t a selfish one.

“But we’ve gone away, come back and worked at it, and we are going to do our best to bring success to the club.

“Touch wood, we are going to have some luck and we will be able to give any team in Ireland a game.”

Cook, who led Sligo to a fourth-place finish last season and a spot in the UEFA Europa League – the rebranded UEFA Cup – has already spent some of the windfall from Goodison. 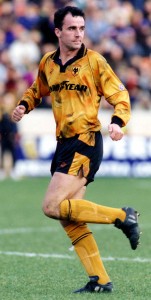 As Wolves fans will remember him.

Cook appears in the Legends area of this website as a result of his 214 Wolves appearances from 1989 to 1994 and is causing quite a stir on he other side of the Irish Sea.

Sligo chairman Michael Toolan said: “We had a discussion with Paul and came to a good conclusion. It’s great to have him back on board.”