Midfielder Passes Away After Op 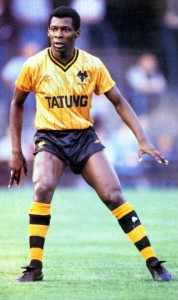 Neville Hamilton, whose Wolves career more than 20 years ago was ended by a heart attack he suffered in training, has died at the age of 48.

The midfielder didn’t play a single competitive game for the club but was a highly popular figure because of his infectious personality and ready smile.

He later built a terrific reputation as a coach and includes Richard Stearman and Emile Heskey among the players he helped groom at his home-city club Leicester.

And no less a figure than Gary Lineker, a playing contemporary of Hamilton’s at Filbert Street in the late 1970s, has led the tributes to him.

“It’s a real blow to hear that his life has ended so early,” he said. “He was a good player, although diminutive. We were at Leicester around the same time and he developed into a good coach who was brilliant with the youngsters.”

Neville made the first of his four League appearances for Leicester against Manchester United in 1977 and played for Mansfield and Rochdale before joining Tommy Docherty’s Wolves in 1984.

But he was rushed away from the club’s Castlecroft training ground after collapsing during pre-season and retired having played only friendlies and reserve games for them. 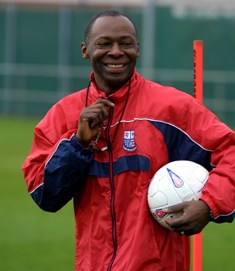 Busy at work in recent years.

He later returned to Leicester and developed the East Midlanders’ young players before also serving Notts County and Rushden & Diamonds in backroom roles.