Dodd Done As A Marathon Man

Training Runs Only From Now On 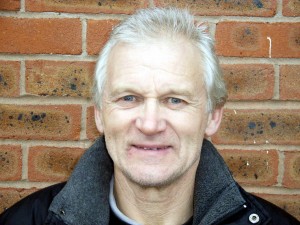 Alan Dodd has declared his marathon-running career well and truly over – although he still jogs to keep himself in decent trim.

The cultured defender, who played 99 Wolves games in between two stints at Stoke that brought him a staggering 416 senior appearances, has earned himself quite a reputation in North Staffordshire for going the distance in his post-football years as well.

But he insists he won’t be coming under starter’s orders again now he’s in his mid-50s.

“I have run about ten marathons and around 20 half-marathons and have had some fun doing them,” he said. “But those days are behind me now.

“I’m content to just keep a level of fitness by running up and down the hills near where we live. I feel that’s still beneficial and I’ll do it for as long as I can.”

Potteries-born Dodd represented Staffordshire in the long jump and relay as a teenager and has a marathon-best time of 2hr 39min from an event in which he pounded the streets of Stoke-on-Trent.

Not bad for a guy who admits he sometimes wasn’t professional enough in his football life.

“I think I took my career for granted and it was only towards he end of my playing days that I realised how good we had it,” he added.

“I’ve always been the laid-back sort, so I was probably happy to plod on from season to season rather than really drive myself to better things. 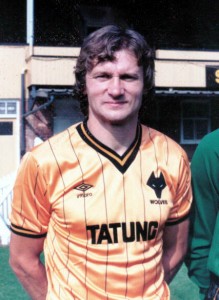 ...and in his Molineux pomp.

“My first season at Wolves, when we won promotion in 1982-83, was terrific. Obviously, the second one was much tougher because we were in the First Division and, quite frankly, out of our depth.

“Apart from seeing Derek Dougan at John Ritchie’s funeral a couple of years ago, I don’t think I’ve seen anyone from Wolves for 20 years or so.

“But I did go to another funeral up here recently with Denis Smith, Alan Bloor and Terry Conroy from Stoke and the vicar was a Wolves fan. He came over and asked if I was Alan Dodd, so that took me by surprise!”