Doog And THAT Wembley Pose

An Image Befitting A Molineux Icon 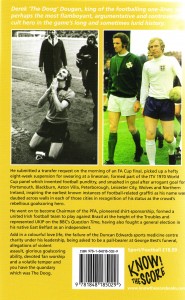 The back cover of 'The Doog'

To further celebrate the 35th anniversary of Wolverhampton Wanderers’ winning of the League Cup for the first time, David Harrison offers some poignant words about the only member of Bill McGarry’s side who is no longer with us.

It is one of the most iconic images of Wolves’ relatively recent history – and depicts one of its most illustrious characters.

The picture of Derek Dougan kneeling at the side of the Wembley pitch, eyes raised to the heavens, hands clasped together in prayer, present a lasting memory of the League Cup final win over Manchester City three and a half decades ago.

It isn’t quite up there with the Brazilian superstar Kaka’s “I Belong To Jesus” photo but, to Wolves fans who worshipped the Doog with just as much passion and an almost religious fervour, it’s very special.

His pose suggests he’s offering thanks for winning his first major trophy as a player.

The Molineux idol was on the receiving end of some rough treatment from City defenders Tommy Booth and Mike Doyle that day but dealt with it with remarkable and untypical restraint.

It was his crowning moment as a Wolves player and much-travelled professional, summing up what he described as his reward for ’17 years of sweat, toil and tears.’

“It has been like a fairytale come true,” he said at the time. “The seven years I’ve been at Wolverhampton Wanderers – it’s been like a honeymoon.”

But, typically, he refused to acknowledge it as his finest accomplishment in football. 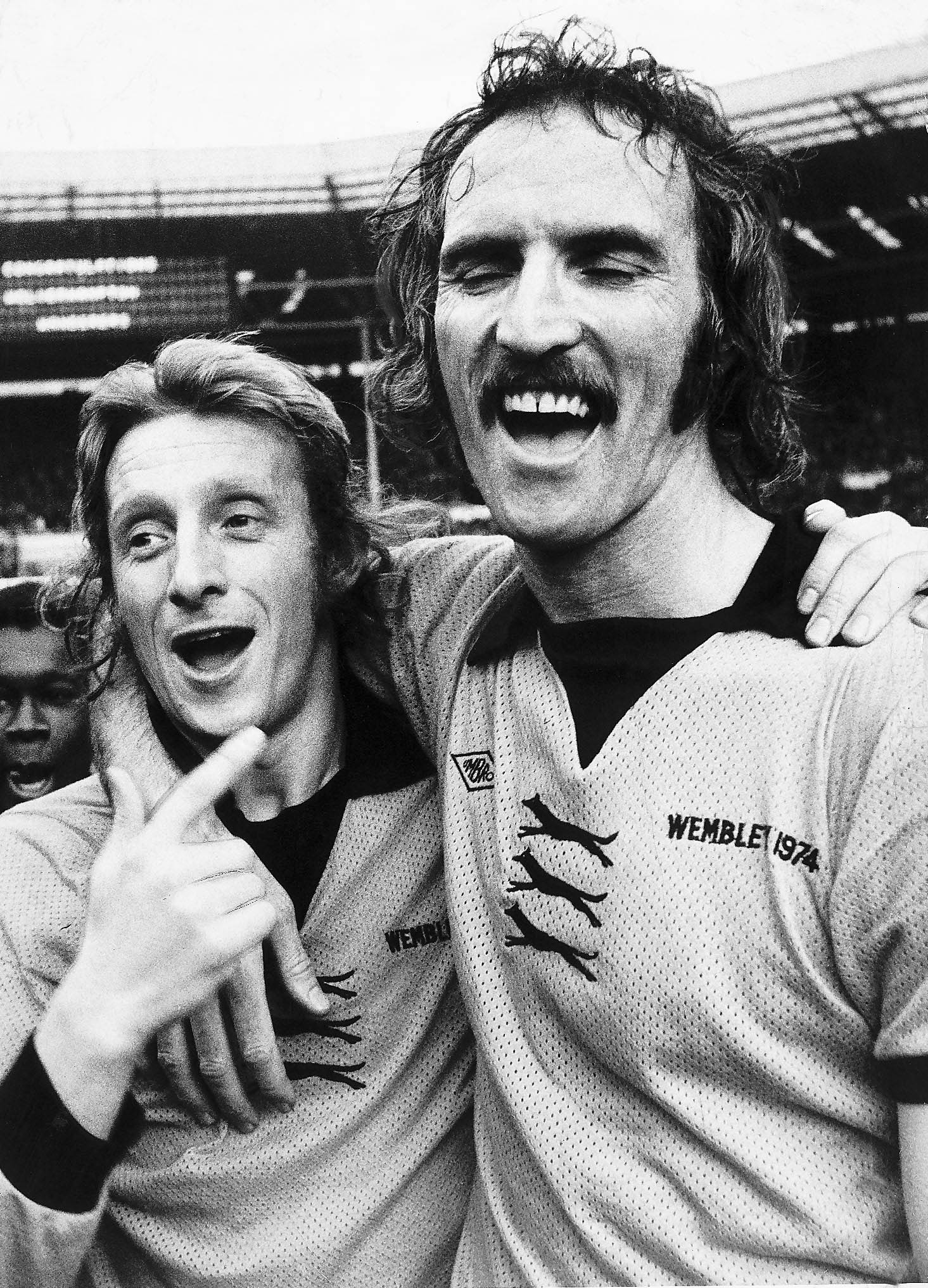 The Doog arm in arm at full-time at Wembley in 1974 with a gold-shirted Denis Law, one of the game's greats who attended his funeral two years ago.

“The greatest moment of my career was when I was made chairman of the Professional Footballers Association four years ago,” he added. “But, in footballing terms, it makes up for 14 years ago when I was in a losing side when Wolves beat Blackburn in the FA Cup final.

“I know what it is like to be on a losing side. The other fellows haven’t experienced that.”

* A chronicle of Derek Dougan’s colourful and controversial life, including the League Cup final of 1974, is to be found in the biography ‘The Doog,’ co-authored by Wolves fans Steve Gordos and David Harrison, published by Know The Score Books and available at £18.99.