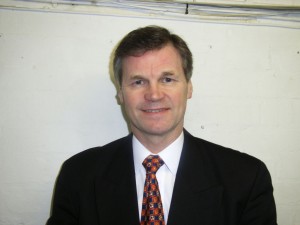 Joe Gallagher had no hesitation in agreeing to the picture on the right. The last time he was asked to pose for a Wolves-orientated photo, he said no and was sacked as a result.

The reason for his departure 27 years ago was couched in more vague terms at the time. Indeed, even senior members of the Molineux dressing room have remained unaware just why the experienced Liverpool-born central defender went in such a hurry. So here’s the story…..

The flashpoint – pun intended – came in the middle of Wolves’ 1982-83 promotion-winning season when Gallagher turned up at Molineux one morning to find his team-mates sitting around in their ‘civvies’ before training.

“I was one of the last to arrive and found out that the lads were unhappy because they had been asked to line up for a team photo for the new sponsors Tatung,” he recalled.

“They felt they should have something for it as it was a commercial picture, so they dug their heels in and the chairman Derek Dougan came in to say a few forceful words.

“Eventually, one or two of the lads relented, started putting their kit on and the others followed. I suggested to them that they had made their point and should wait to see what the club decided to do.

“Anyway, they went out and I, being stubborn, stayed in the dressing room before going into the groundsman’s room to look through the window as the photo was taken on the pitch.

“Not much else was said that morning but when I arrived for training the next day, Jim Barron (assistant to manager Graham Hawkins) told me to pop up to the secretary’s office.

“I think it was Peter Redfearn who handed me an envelope and suggested I opened it. The letter said my contract had been terminated because I had broken it by not appearing on an official team photo. That was it and I was told I should leave the premises.”

Gallagher, signed for £350,000 from Birmingham by John Barnwell and made captain shortly before making his debut in a 1-0 home win over champions Liverpool on the first day of 1981-82, subsequently joined West Ham and then Burnley, his 34-game Molineux career well and truly over.

But, now 54 and working in quality control at Land Rover in Solihull as well as spending St Andrew’s match-days reporting for the Press Association, he wishes things had worked out differently.

“I was stupid and 100 per cent to blame,” he added. “I had always been a good boy and never liked confrontation. I also liked Derek Dougan, I really did. I had played against him a couple of times and loved listening to his Irish blarney.

“But I was in the reserves at the time, on £500 a week and had two years left on my contract, so the club probably saw getting rid of me as a way of saving some money, especially as I was due a couple of signing-on payments in the following two summers. 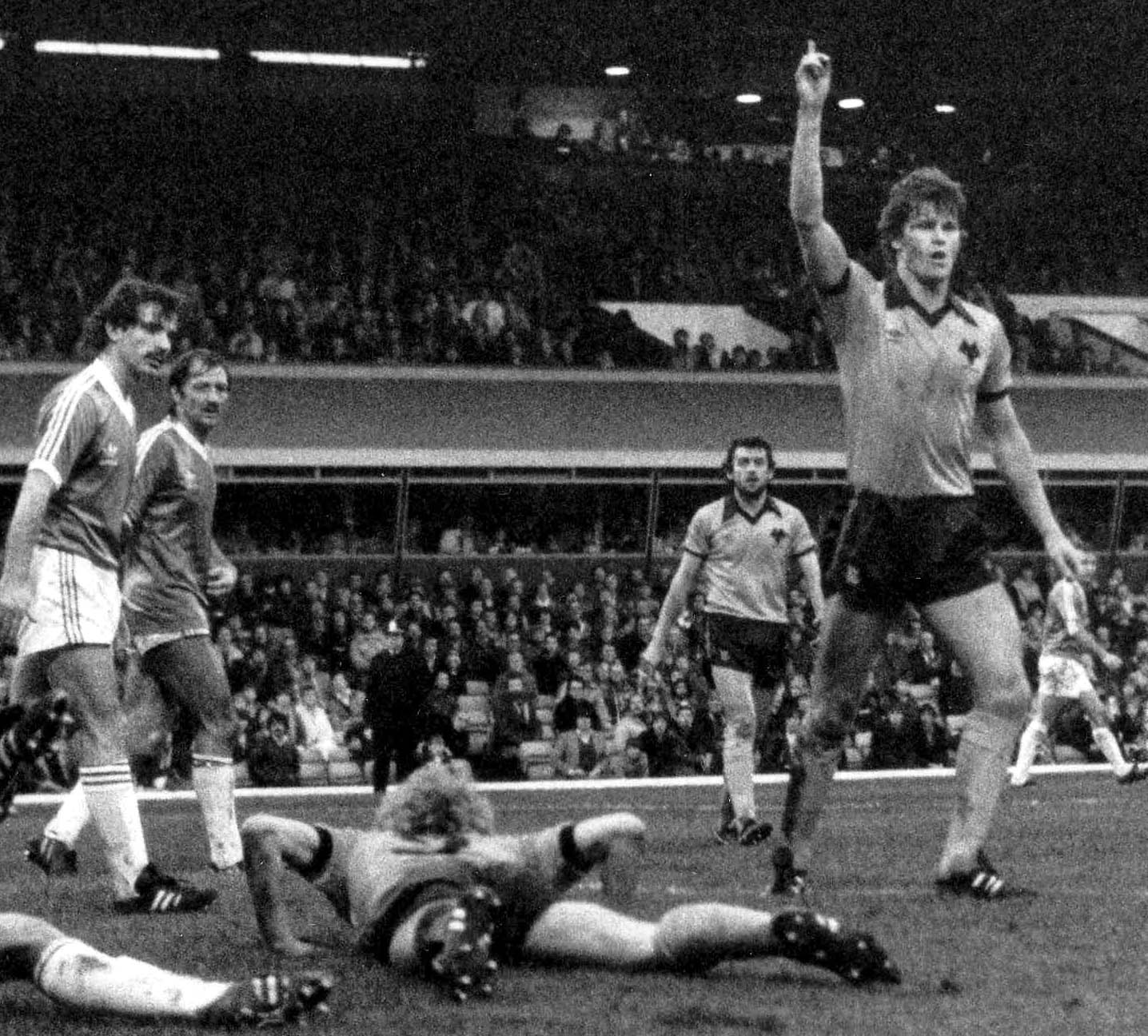 Gallagher appeals for order to be restored in Wolves' area in a game at his former club Birmingham. On the ground is Andy Gray and on the far left is Tony Evans, later to serve as a player and in a community role at Molineux.

“I didn’t know it was in my contract that I could be sacked for not appearing on a photograph and told the club this. But it did no good.

“I hadn’t got a leg to stand on legally and I had to go.

“I just wish I could turn the clock back and act differently. It hadn’t been my argument in the first place…..I came in on it late when some of the other lads were making their feelings known.

“Things had been good for me initially at Wolves and it was very sad having to leave Molineux clutching nothing but my boots in a plastic shopping bag. When I’m asked for a picture these days, I always say yes straightaway!”