Team-Mates For Only A Day 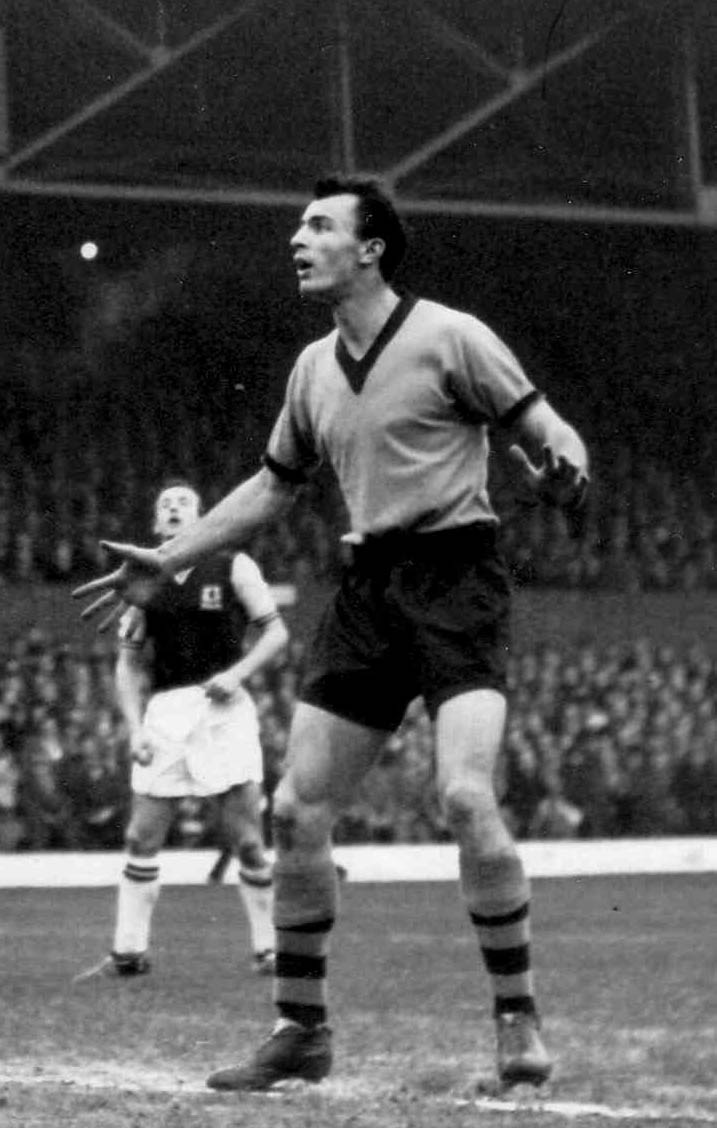 Eddie Clamp eyes a dropping ball in Wolves' FA Cup semi-final victory over Aston Villa at The Hawthorns in 1960.

Any player who becomes a great will naturally see the date of his debut come to occupy a special place in the record books; so, too, that of his last game.

But it’s very rare for the first sighting of one legend to have coincided with the swansong of another.

The ‘Golden Days’ feature in the programme for last night’s Wolves v Ipswich match touched on this subject by pointing out that the last of Eddie Clamp’s 241 Wanderers games (at home to Ipswich on November 11, 1961) was also the first of winger Terry Wharton’s 242 appearances in the gold and black.

So how unusual is it for such an event to occur not just once but three times to the same club -and all in the space of just over three years?

Jimmy Murray, although part of a Wolves side by then in decline, took advantage of some of the ammunition provided by Wharton over a couple of years before bowing out in the 1-0 victory at Leicester on October 14, 1963 – the 299th League or cup game he had played while at Molineux.

And that was also the date on which watchers of Stan Cullis’s first team had their first glimpse of a certain Peter Knowles, who lined up in the no 8 shirt at Filbert Street at the start of a career that would bring him 191 senior outings and 64 goals.

These coincidences don’t just concern significant players in Wolves’ history. We’re talking absolute legends, which is also very much the case with the third part of the ‘trilogy.’

Peter Broadbent’s appearance in the snow at home to Aston Villa on Boxing Day, 1964 was his 497th for the club in recognised competition. 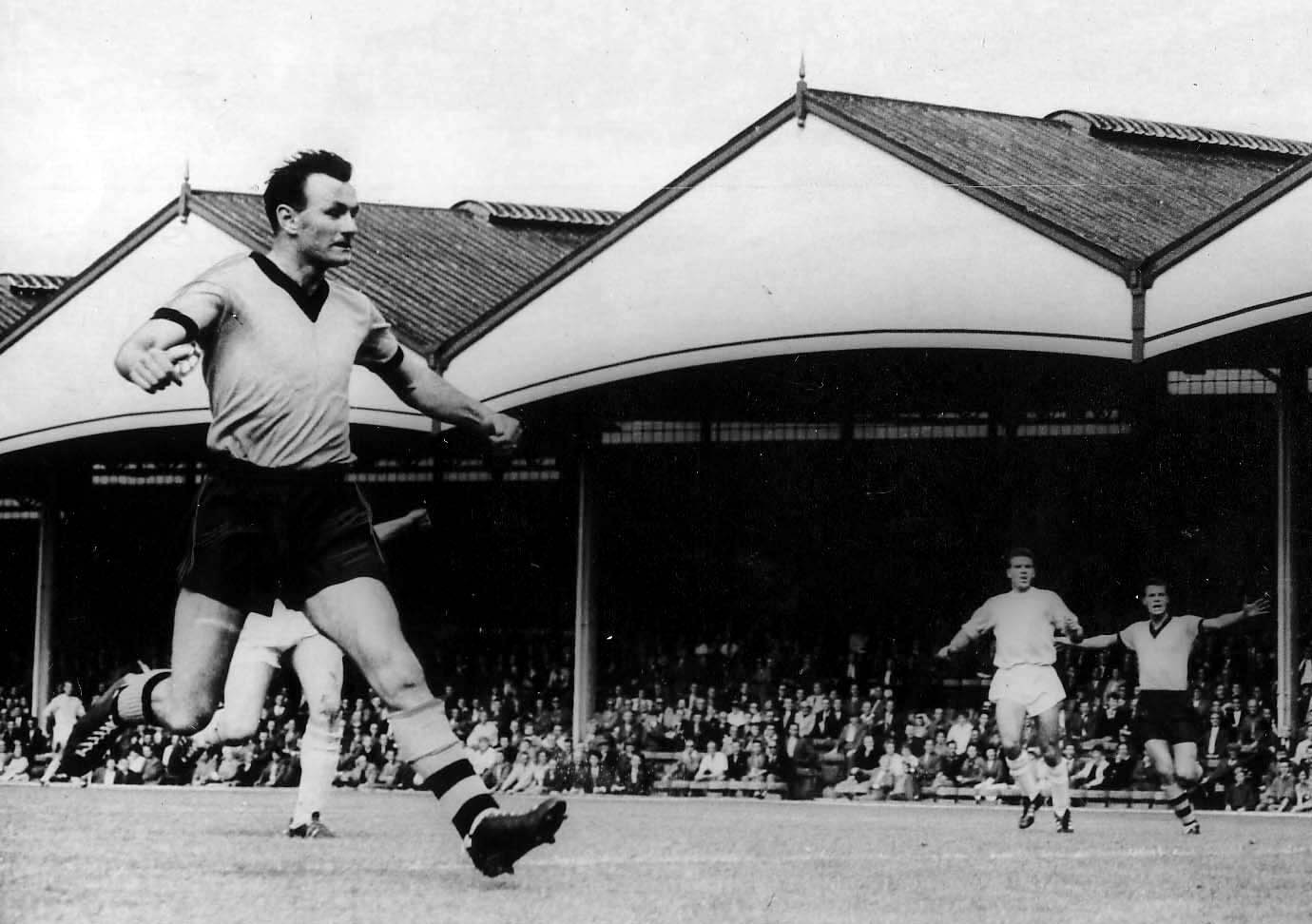 Jimmy Murray scores in 1962 against Manchester City, the club he would later join.

The man who made his debut in that same 1-0 defeat, meanwhile, would himself go on to play 404 Wanderers games.

Dave Wagstaffe had been signed from Manchester City just in time to play in the derby and can tell his grandkids that he played alongside the mercurial Broadbent – even if it was for only one game.

And maybe there are others we’ve missed……