Dealing With The Final Goodbye 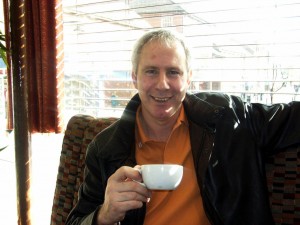 Colin Brazier was the obvious choice as substitute when Wolves faced Nottingham Forest in the League Cup final 29 years ago this weekend.

The tag ‘utility man’ could have been invented in recognition of his service to Wolverhampton Wanderers.

Midfielder, striker, right-winger, central defender, full-back……no position seemed to escape him in his seven-year Molineux career. He even played a whole first-team game for the club in goal.

“I think Norman Bell was the other contender to be substitute at Wembley but it was a job I got so often because I could play in several different roles,” Brazier says.

“I must have been on the bench a hundred times for Wolves……I’m still getting the splinters out actually!

“I went on as sub about three times in the 1979-80 League Cup and felt part of the run. But I wasn’t used in the final, so I have to say the medal that sits on the side doesn’t mean a lot.”

Brazier, now 51, living in Rugeley and working as a kitchen fitter, was surprised to be told by Wolves Heroes that he might well have faced Brian Clough’s Forest from the off on March 15, 1980.

George Berry lined up alongside skipper Emlyn Hughes at centre-half but only because his family had taken the painful decision not to tell him that his father was dying.

Berry said in Peter Lansley’s 2004 book Running With Wolves: “My Dad died at about 8pm, three hours after I’d been cavorting round Wembley. They didn’t tell me that whole weekend and, later, I was so angry. I had a massive guilt feeling.”

It’s a pertinent issue because Brazier has just lost his father – a rock and constant companion – to cancer.

“Dad would drive to Southampton, Middlesbrough or wherever to watch me play, then drive me home,” he added. “And he used to cut out everything that appeared in the papers about me and stick it in scrapbooks. We were very close.

“I’d never heard the story about George and never had any expectation of John Barnwell putting me in the starting 11 at Wembley but I suppose we all have our ways of dealing with grief.

“I know my Dad would have wanted me to play in a final in that situation, although I’m glad I was with him at the end. I’m lucky I had him for almost 52 years of my life.”

Sixteen of Brazier’s 91 League and cup appearances for Wolves came as a substitute, so where did that goalkeeper appearance fit in? “John Barnwell took us to Greece to play AEK Athens in a friendly and Paul Bradshaw was injured in training on the day of the game,” he added.

“Mick Kearns hadn’t travelled and I happened to say I had played in goal as a youngster, so I had the job. We drew 2-2 and I did okay.

“I later subbed as a keeper for Birmingham against Nottingham Forest and played 87 minutes in goal for Kidderminster a few seasons after that when Paul Jones was injured. I took myself seriously as a footballer and thought I should be able to play in different positions.”