Castigated – But Definitely A Visionary 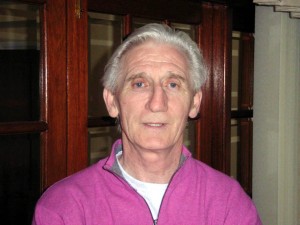 Check-list of questions at the ready, I decided to test his reactions in the opening minutes.

Is it correct you were a fanatical trainer? Did you provide your own kit? Was Lev Yashin your hero? Did you live in a pub during your early Wolves career? Would you sometimes wear Army boots for training? Did you keep a joke-book?

So, it can be confirmed that Alan Boswell, one of the fleetingly seen Wolverhampton Wanderers goalkeepers of the late 1960s, did experiment with normality at an early age and decide it wasn’t for him.

If you think playing only ten senior games for the club barely renders him worthy of such a profile on this website, click elsewhere now. If you’re sticking with it, brace yourself for a barrage of highly opinionated and controversial thoughts, not to say a little self-congratulation.

“Yes, I’m a trappy bast*&d,” he admits, underlining rightaway his liking for industrial language and the fact that his accent remains more Black Country than Shropshire. “People didn’t like me because I was always shouting at my defenders. They thought it was big-headedness, which in a way it was.

“But I’ll tell you this: It’s crap when pundits say the best goalkeepers are those who make the fewest mistakes. The top ones are the ones who work the hardest.

“David James is the best keeper England have had for ten years. And Gomez of Tottenham is a good keeper.

“The reason those two have been ridiculed, as Bruce Grobbelaar occasionally was, is because they come for so much and sometimes make a glaring mistake. But they work hard, make a contribution and will earn their teams more points in a season than they will cost them.

“Foreign keepers are the best. People talk about them flapping around when they come for crosses but look at the big four clubs for a start. And once you’ve realised none of them have Englishmen in their goal, tell me how many English keepers have ever gone abroad to play. They don’t want our keepers abroad.” 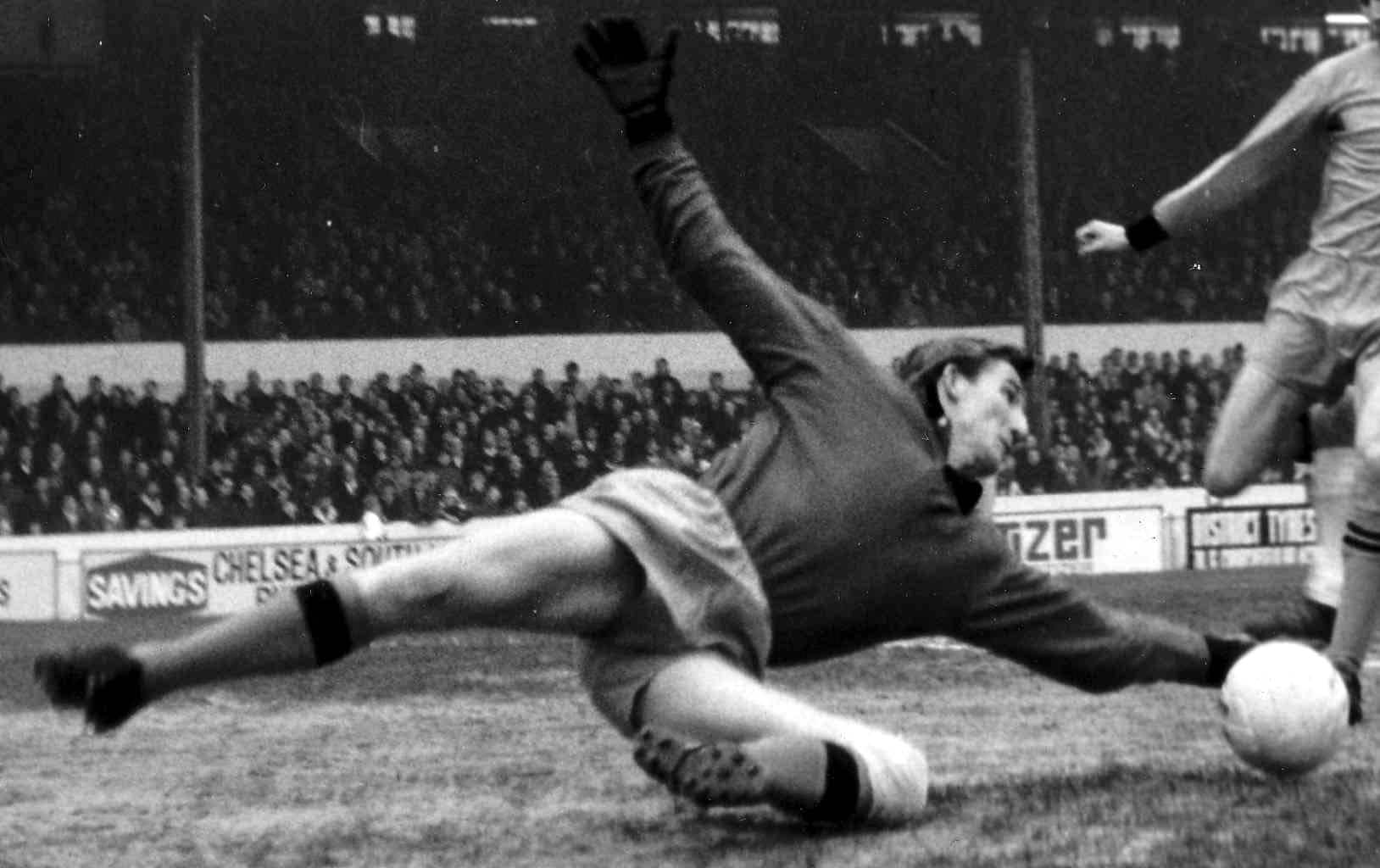 Thrusting out a gloved hand at Chelsea in December, 1968.

Wow, breathless stuff! Best we have a break before we get stuck into the outfield positions. Let’s talk about those foibles…..

“People thought I was crackers with some of the things I did but I’ve been proved right,” he added. “John Ireland used to cause ructions with Ronnie Allen when he saw me warming up outside the goal area before games and told him that Bert Williams never did that.

“But now loads of keepers do it because having someone lashing the ball past you from ten yards into the net is no use as a warm-up.

“I was doing other things 45 years ago that came to be the norm. I wore big gloves all year round miles ahead of when they became widely seen over here. It was common sense to me to have something that gave you better grip than just your skin.

“My mother and wife would sew them, using table tennis rubber. Keepers were wearing them in Eastern Europe long before they were regularly worn here and I remember going to watch Lev Yashin play at Roker Park in the 1966 World Cup and being so impressed by him.

“I used to buy my own kit. It’s just a habit I got into. I’d buy a bottle green shirt from a high street store and choose my own shorts and socks, which I preferred to be black, like Yashin’s.

“I’d also get some lead and put them into my Army boots when I trained. I resented having to do stamina work because, as a keeper, I’d never get tired during matches but I was so dependent on agility, so I wanted to strengthen my leg muscles.

Boswell, brought up in Wednesbury and educated at the same school that Norman Deeley had attended, grew up a Wolves fan, his first trip to Molineux coming when he watched a home game against Arsenal from the back of a packed South Bank in the halcyon years.

His first break, though, came at Walsall, where he played more than 60 games before embarking on the first of 222 League matches for Shrewsbury, the town in which he has lived and worked for around four decades.

When signed by Ronnie Allen for Wolves, he lived in Wednesbury’s Highgate Arms pub – run by his mum – but there are no outward signs of a life spent staving off temptations.

Although 65, he had just returned from a training run when he invited me in, a pint bottle of milk frequently touching his lips. Okay, there was something from Mr Kipling in the other hand but he still cuts a lean figure and said: “I’ve been 12st 4lb for as long as I can remember.

“Football was my life from ten to 30 and I was a very enthusiastic trainer. There were some great groundstaff lads at Wolves like Alan Sunderland, John McAlle, Steve Daley, Peter Eastoe, Jeff Wealands, Kenny Hibbitt, Rod Arnold and John Farrington, who would have shooting practice with me in the afternoons.

“And when I later joined Bolton, I would offer two bob if youngsters like Sam Allardyce and Peter Reid could beat me with headers. They didn’t really want to be out there but they were skint, so offering them incentives was a way to get them to test me. 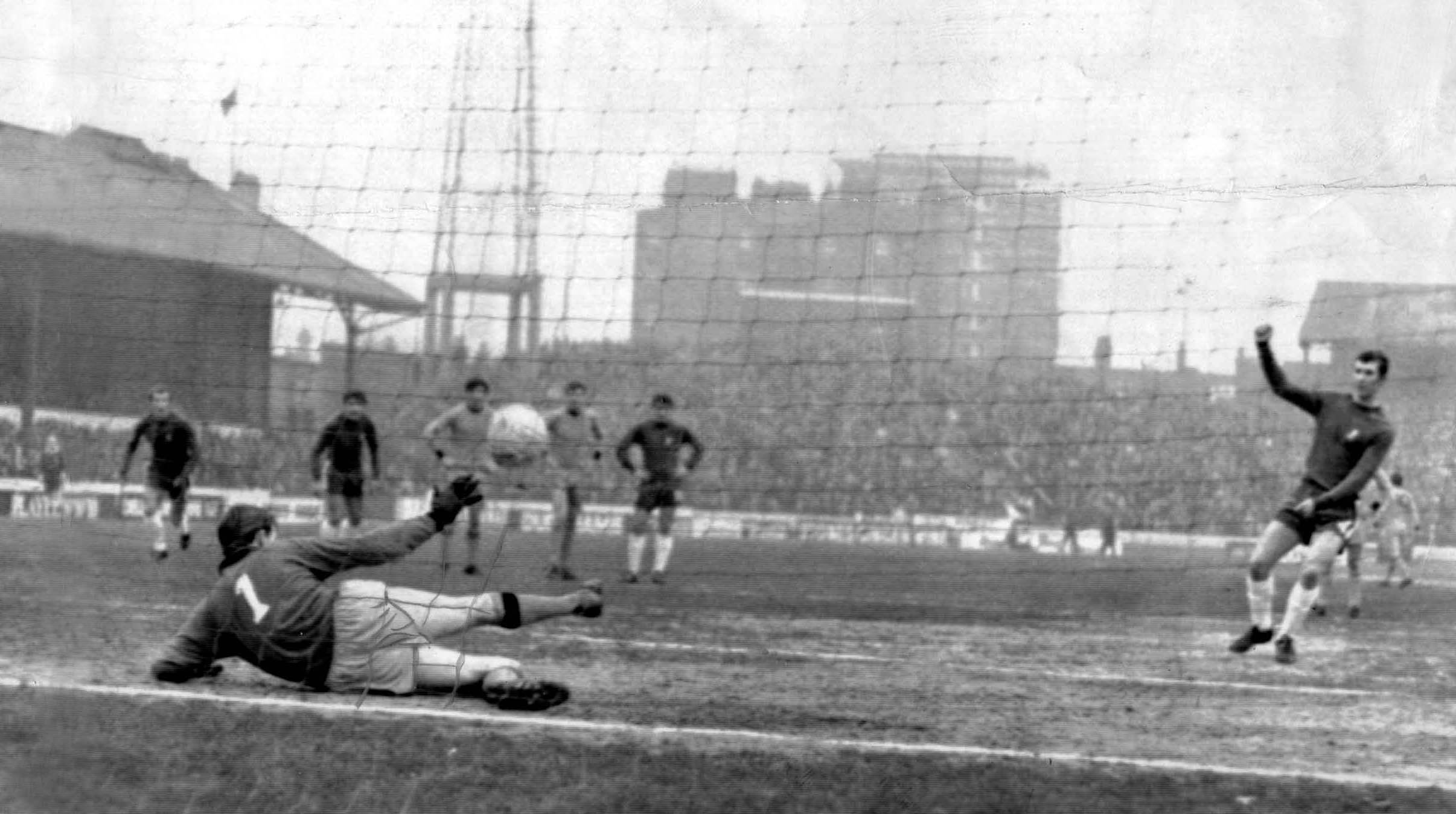 Saving Peter Osgood’s penalty two minutes after Mike Kenning had put Wolves ahead from the spot at Stamford Bridge. Chelsea later scored from another penalty to salvage a 1-1 draw.

“It doesn’t bother me when people say I was one of the worst keepers Wolves had. I only had ten games (all in 1968-69) for the club and in that time we won at Coventry and Sheffield Wednesday, got a 0-0 draw at the Albion and I won us a point by saving a penalty at Chelsea.

“My best games tended to be away and everyone will remember when we lost 6-0 at home to Liverpool. We defended very poorly that day and they just ran through us. I might have had a chance with a couple of the goals but I shouldn’t take all the blame.

“You need to control the midfield area to dominate a game and we completely lost that battle against Liverpool.”

Hold tight, it’s time for some more powerful thoughts from a man who also also played for Port Vale, Bolton and Oswestry and who has for virtually all of his 35 post-football years run a business operating juke-boxes, pool tables and one-armed bandits.

“The players I really admire have more than just pure ability,” he added. “They also need football intelligence.

“Bill Shankly used to say that the first two yards were run between your ears and it’s for that reason that I like Berbatov, Scholes, Ronaldinho and the Brazilian Ronaldo. I also think Torres is better than Gerrard because he’s so quick and sharp, and I rated Robbie Keane higher at Wolves than I did Michael Owen at the same time.

“Beckham is a good player but not world-class and Lampard is over-rated. It’s easy to hit passes when you can see the whole pitch. I prefer players who can see all 360 degrees and still pick a pass, like Essien, Mascherano and Alonso. Vidic, Evra and Terry are good players as well.

“At 11, you need a kid’s eyes to show a brightness that tells you they want to learn. The top players are intelligent football-wise and so aware.”

Boswell, his attention initially divided between me and the Cheltenham Festival on TV, now has another distraction. 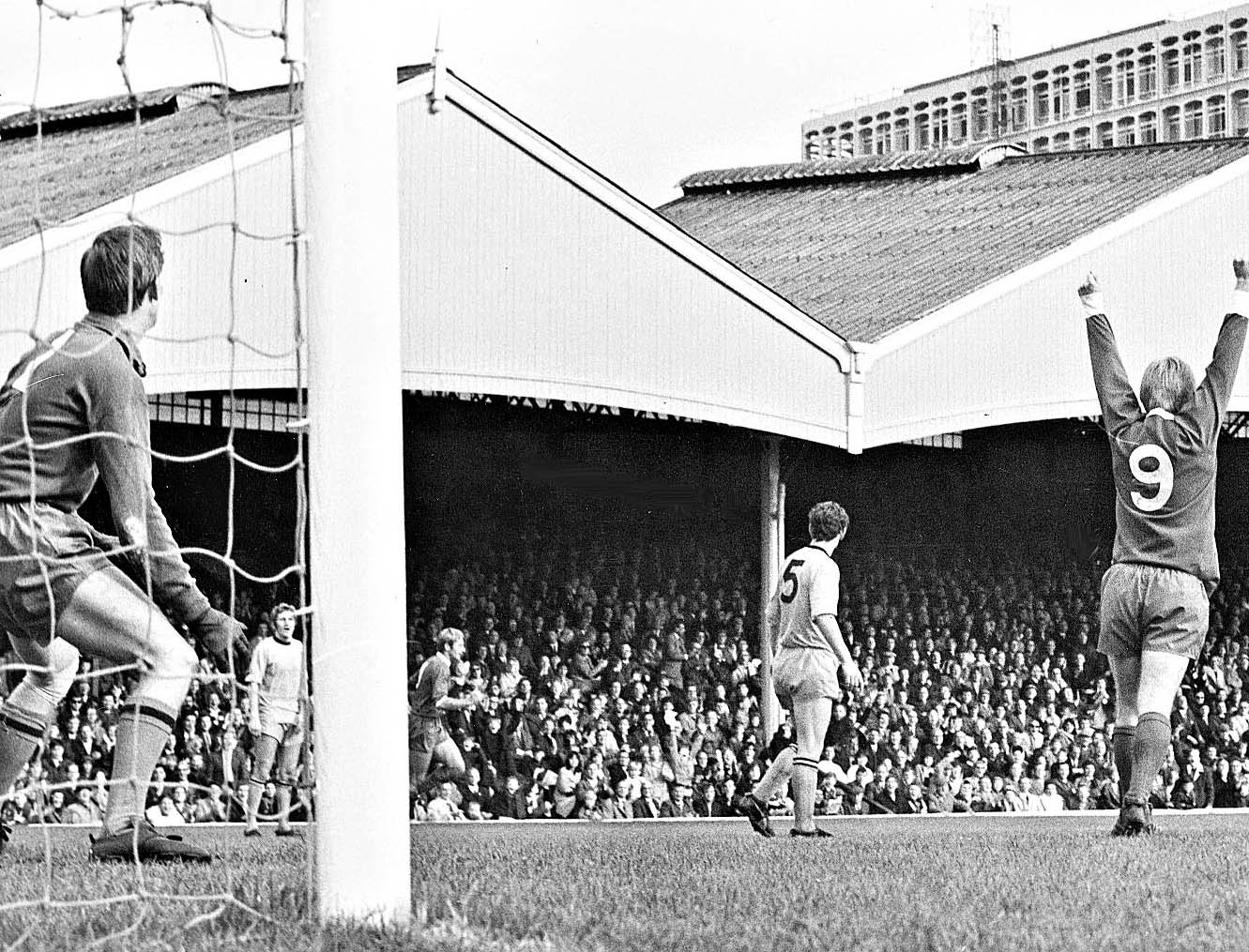 Agony against Liverpool, especially at the feet of four-goal no 9 Alun Evans.

He has dug from his dustiest drawer a book in which he used to write down all his training schedules.

“Look, I would write down what I did each day, so I could refer to it when I wanted to go back and repeat certain routines. Hang on, there’s a joke written down here – and another. I did keep a joke-book!”

The glove was now on the other hand. Had I heard the one about the Christians and the lions, and did I want to hear about the Pope and the blonde?