Stoke v Wolves In The Prem – Bring It On! 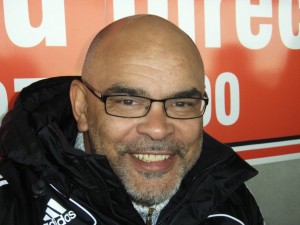 Not quite as much hair these days! George Berry in the crowd at the Britannia Stadium on Saturday.

Nottingham Forest 0 Wolves 1 was a massive result for George Berry at Wembley 29 years ago last week. It was pretty big for him at the City Ground yesterday as well.

Berry is a regular watcher these days of matches at another of his former clubs, Stoke, and was there to see their vital home victory over Middlesbrough this weekend.

But he was delighted to hear about events in the East Midlands at the same time and said: “It’s exciting to think that we might be seeing Wolves and Stoke playing each other in the Premier League next season.

“I have to say I am a Stoke fan now because I live near Stoke, my kids support Stoke and I played for them for many years after leaving Wolves.

“But Wolves will always have a special place in my heart because they gave me my first chance in the game. I grew up there with a terrific crop of young players and we went to the FA Youth Cup final in the mid 1970s.

“I was a baby among some great players when we won the League Cup against Forest in 1980, so I have a lot to thank the club for.

“I always say that I grew up, though, in the ten days after Ian Greaves released me. It was the only time I’ve ever been out of the game since I was in my teens and I was probably fortunate that Richie Barker, my former assistant manager at Wolves, was in charge at Stoke by then and took me there.”

Berry, who made his debut at home to Chelsea on the day Wolves secured the Second Division title in 1977, followed his 160 competitive appearances for the club by having over 250 outings for Stoke.

His stay at the Victoria Ground included the 4-0 home win over already-relegated Wolves in 1984 in which Paul Maguire scored all four goals and was then given a free transfer two days later. 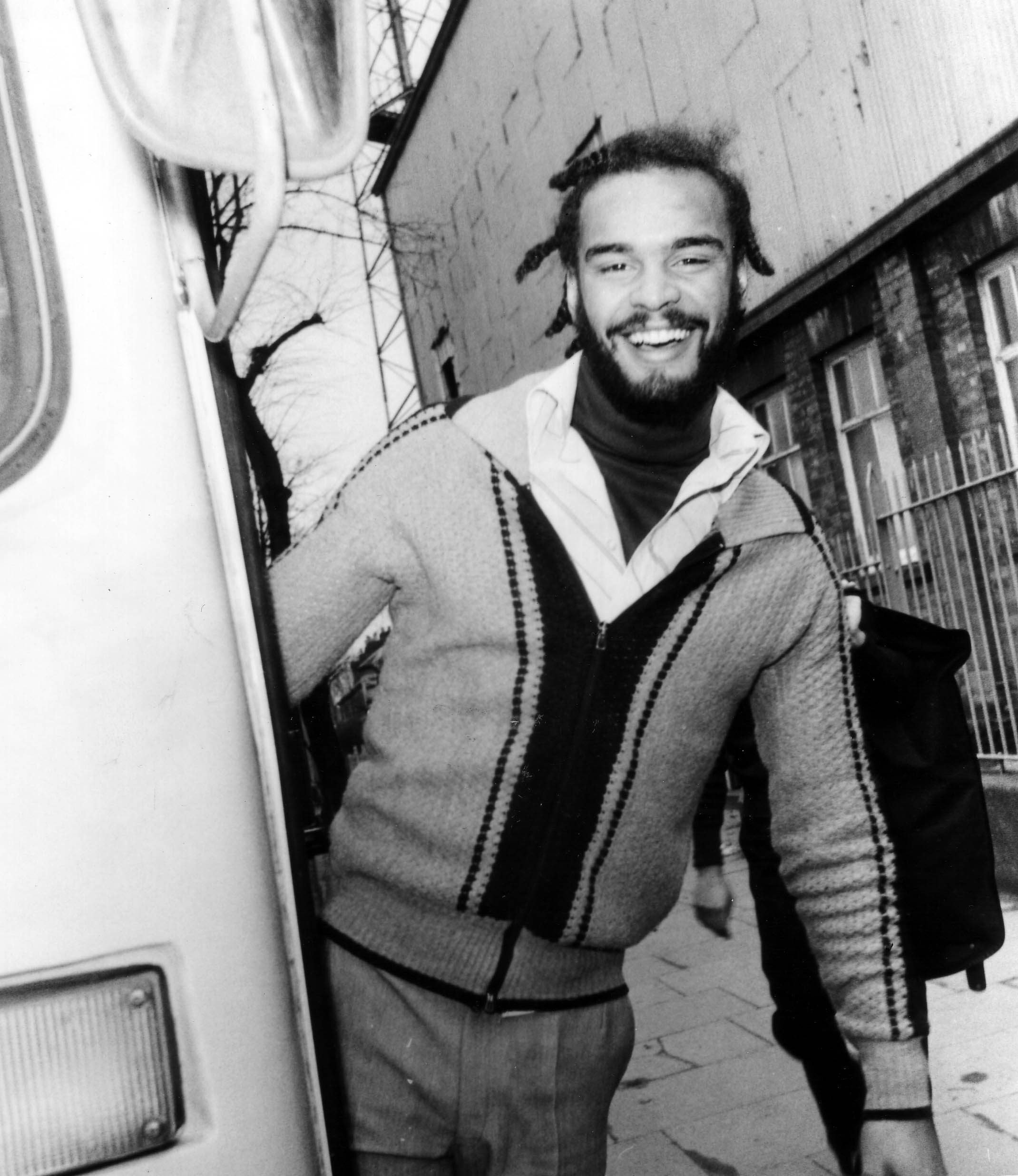 All ready for a Wolves away-day around 30 years ago.

“A similar thing happened to me when I scored the goal against Chesterfield that took Peterborough to promotion in 1990-91,” Berry added. “I was sacked the following day!

“At Stoke, though, I was lucky that I built the same sort of relationship with the fans that I’d had at Wolves. The difference now is that when I go back to Molineux, there are so few people that I know.”

The West German-born 51-year-old, the first black player ever to represent Wales, later served Preston and Aldershot and had a brief stint in Portugal.

He then had five years as Stafford Rangers’ commercial manager before moving in 1997 to the PFA, where he still works in the commercial department in Manchester.