Search On For Keeper 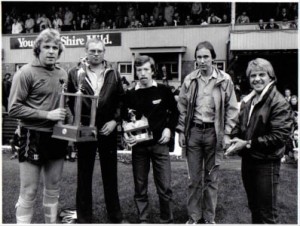 Player of the Year presentation time for Paul Bradshaw.

Paul Bradshaw is proving to be the frustrating missing link in efforts to reunite the England under-21 side of more than three decades ago.

The former Wolves keeper has gone to ground as far as all of his ex-Molineux colleagues are concerned and has become just as difficult to track for organisers of a forthcoming reunion dinner.

Bradshaw, then a Blackburn player, was the last line of defence when England beat Scotland 1-0 at Sheffield United in April, 1977, and had the debutant Peter Daniel – soon to become a Wolves team-mate – as his right-back.

David Peach, Steve Sims, Peter Reid, Paul Futcher, Steve Williams, Laurie Cunningham, Keith Bertschin, Gary Owen and Peter Barnes were the other members of the team in what was only the second game England’s under-21s played following the disbanding of their predecessors, the under-23s.

The dinner is to be held at Bramall Lane on May 16 to celebrate Cunningham, the goalscorer 32 years ago, becoming the first black player to represent England.

All the surviving players, other than Bradshaw, have been contacted and it is hoped many of them will attend the function, which features a photograph exhibition celebrating the successes of black players and the showing of footage of the England v Scotland game. A charity game is also to be held on the following morning.

“We would love Paul to be there but are having trouble locating him,” said David McCarthy from the special projects department at Sheffield United.

“Laurie’s brother is coming up to say a few words and we’re sure the lads will love being together again. It would be a shame if Paul only got to hear about the dinner afterwards when it was too late.” 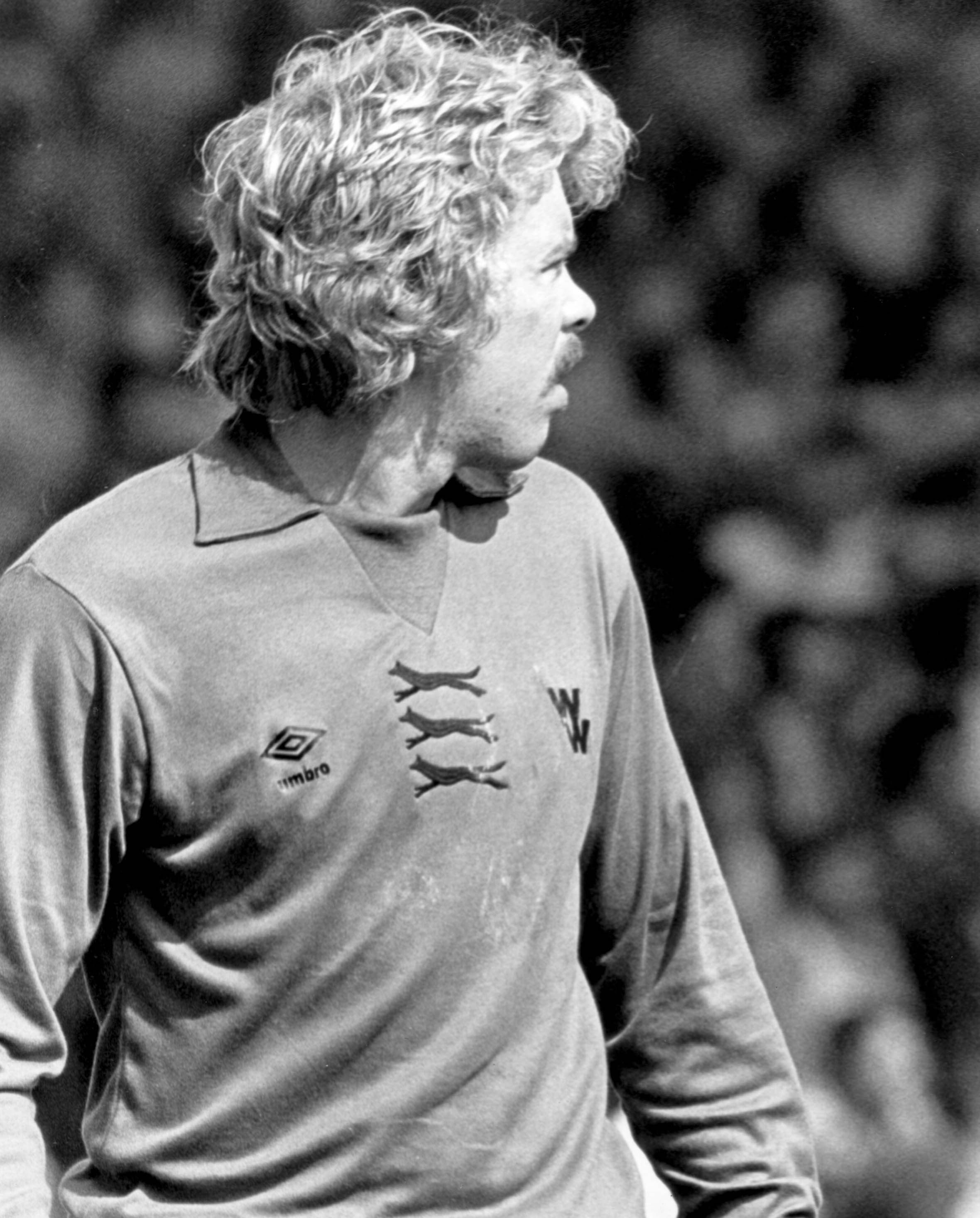 Wolves Heroes’ attempts at catching up with Bradshaw have so far failed to bear fruit. Despite one or two tip-offs, the trail has gone cold, although George Berry told us recently he recalled seeing him in Manchester several years ago.

The Altrincham-born keeper played 243 games for Wolves, twice winning their Player of the Year award before moving on to Vancouver Whitecaps, Albion, Bristol Rovers, Newport County and Peterborough.