How Braddy Was Tracked Down 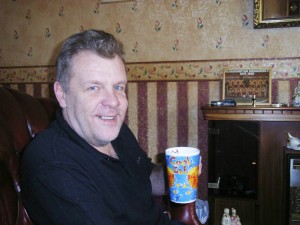 A hand on the cup - and a picture on the mantelpiece to remind him of good times at Molineux.

Virtually all of his Wolves colleagues had lost contact with him and not even George Berry at the PFA was able to help beyond pointing us towards South Manchester.

Then a call to the police – or his former Molineux colleague Geoff Palmer, to be precise – led Wolves Heroes to the doorstep of the man frequently described as the club’s best goalkeeper since the 1950s glory years of Williams and Finlayson.

Paul Bradshaw is back living in Altrincham, the town of his birth, but, to our good fortune, his and Palmer’s sons have stayed in touch and were good enough to supply us with the all-important phone numbers.

“I have been back up here ten years or so since my divorce and don’t really see any of the Wolves lads,” said the 52-year-old.

“I did drop in on Frank Munro about three years ago and saw George Berry in Manchester some time before that but I don’t even have numbers for Geoff.

Bradshaw remains a United fan, although an armchair one out of necessity these days. Back problems dating back to his playing days, in which he had surgery in 1982 and then ruptured his discs after returning to training, have taken their toll.

“I used to work in security and had a decent job at the airport loading the cases on to the planes,” he adds. “I also kept myself pretty fit. But I can’t work now and the last five years have been a bit of a nightmare. If I do the ironing or anything else that involves standing up for some time, it kills me.

“My mum suffers from dementia, so I live here with her to keep an eye on her.”

Our meeting, on Grand National Day, is a poignant reminder of another painful event in the life of the former England under-21 keeper, who became Wolves’ £150,000 record buy when signed by Sammy Chung from Blackburn in 1977.

He tells me he is ‘too skint’ to have a bet on the race – not a bad thing in this instance as the horse he selects for fun is certainly not the 100-1 winner Mon Mome – and recalls that it was on the same day 19 years ago that he was attacked outside a Black Country pub.

“I’d had a bet on the winner, Mr Frisk, earlier in the day I was set upon,” he says. “I don’t really like to talk about it but my eye socket and jaw were broken. 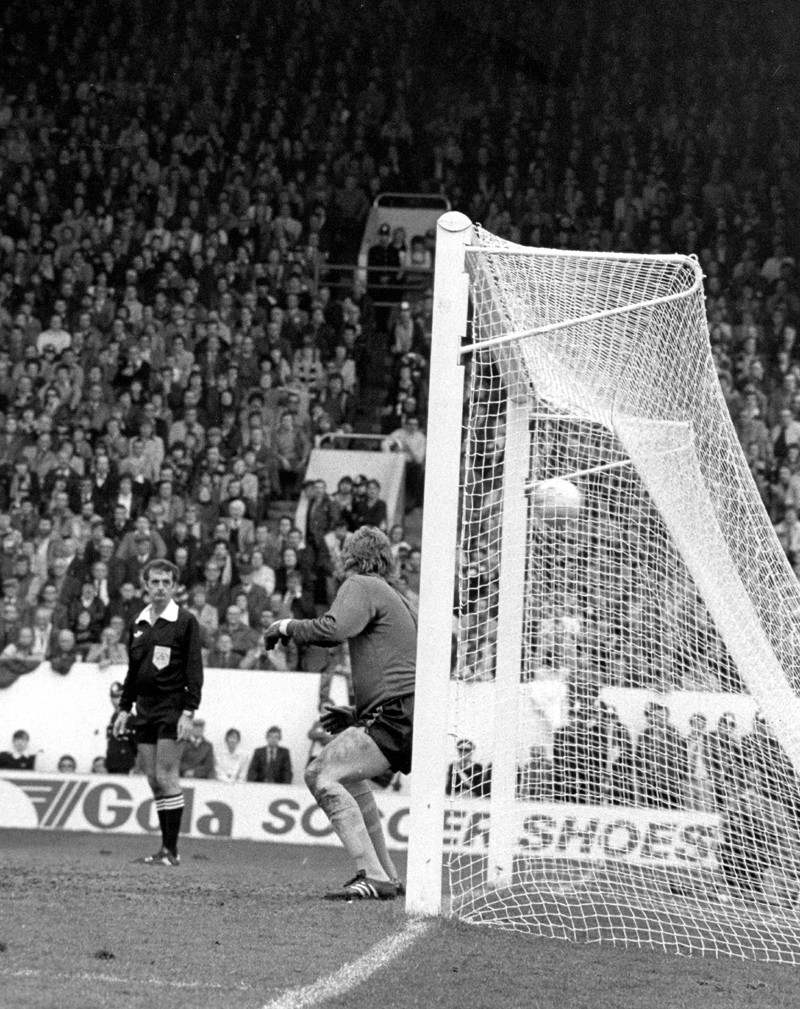 Bradshaw, like referee Clive Thomas, is a mere spctator as Glenn Hoddle scores for Tottenham in the 1981 FA Cup semi-final at Hillsbrough.

“I retired in 1991 by deciding not to take up an offer from Kidderminster and I looked after the kids because my wife had a decent job.

“I loved my time at Wolves. We lived in Tettenhall and Underhill at different times and once had a lovely cottage by the 12th hole at Penn Golf Club, where the lads were members.

“Obviously, winning the 1980 League Cup final is the best memory I have from there – and then going on to play in Europe. It was my dream to play in an FA Cup final, though, so it was heart-breaking to lose in two semi-finals, especially as we should have won the second of them when we went to extra-time with Spurs at Hillsborough in 1981.”