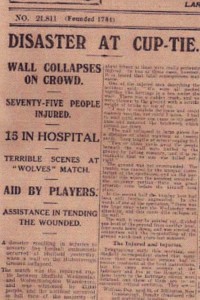 On this, the 20th anniversary of the Hillsborough Disaster, we deviate from our normal operations to tell the story of what was described as another tragedy at the ground – one that occured when Wolves were the visitors.

We are grateful to Molineux season ticket holder Phil Murphy for emailing us a cutting from the Birmingham Gazette the day after Wolves had visited Sheffield Wednesday for an FA Cup second-round replay on February 4, 1914.

Experience tells us that stories were presented in a more under-stated way in those days, so the headline ‘Disaster at Cup-tie’ is one that was bound to catch the eye.

Around 75 fans in a 43,050 crowd needed medical attention after a wall collapsed at the Penistone Road end of the ground, crushing some spectators so severely as to ‘give rise to anxiety’ and, in three cases, ‘make recovery doubtful.’

The report explains that a surge in the crowd, caused by a Wednesday attack, had pushed over 18 to 20 yards of a dividing wall that had been built only the previous summer.

The paper’s correspondent, Wulfrunia, called it a ‘catastrophe unparalleled in the annals of English football’ and wrote of Wolves keeper Teddy Peers being so badly affected by the mayhem that he fainted and was unable to continue.

Unlike the tragic events at the Liverpool v Nottingham Forest FA Cup semi-final in 1989, play resumed after a 15-minute stoppage and Wednesday clung to their 1-0 lead to reach round three.

“I bought the cutting on ebay a few years ago and looked it out the other day after my 15-year-old daughter had asked questions about what happened at Hillsborough in 1989,” said Phil, of Brewood. 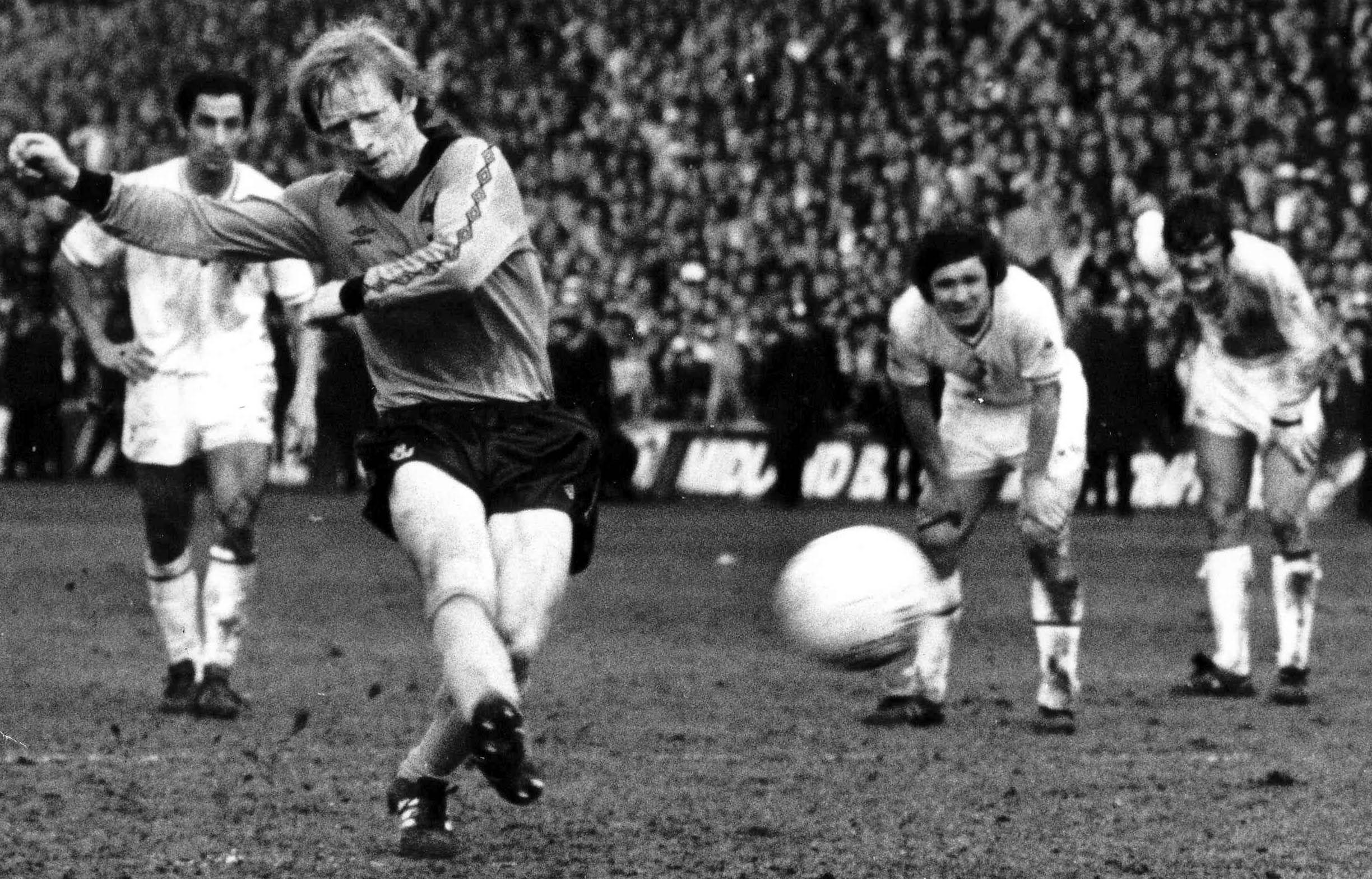 “Why I remembered it, I think, was because I was there for the 1981 semi-final when Wolves played Tottenham. Thankfully, we were on the open Kop but Spurs fans were climbing the fences at the Leppings Lane End to get on the perimeter track while the game was in progress.

“We thought it was just unruly behaviour but we now assume it was because of crushing. The referee, Clive Thomas, had a word with a senior police officer and some fans were allowed to sit by the running track.”

On the day 96 fans lost their lives in 1989, Wolves won 2-1 at Aldershot shortly before being crowned Third Division champions.