One Up, One To Go 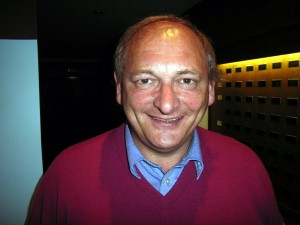 Suitably attired for a trip to Turf Moor......Steve Kindon this week.

These are exciting times for Steve Kindon……….one of his former clubs are already up and another are moving powerfully into position for the play-offs.

And he’s planning a double toast if Burnley win at Wembley next month, seal promotion and guarantee two meetings with Wolves in the Premier League next season.

‘The Tank’ remains a keen watcher of the game some 27 years after his retirement as a player and has made two trips to Molineux this season as well as dropping in on three Wolves visits to the north-west – to Preston, Burnley and his home town of Blackpool.

He was at Turf Moor again on Monday night, this time to watch Burnley dispose of Sheffield United in a thrilling game, and hopes the Clarets can now book their own place in the top flight.

“I was impressed by what I saw the other night,” the 58-year-old said. “I agreed with a Sheffield United supporter I’m friendly with that Sheffield had a lot of possession but Burnley didn’t panic.

“They defended really well and have flair going forward, so things are looking promising. That was about the fifth time I’ve seen them this season and they’ve obviously had a memorable time in the cups.

Kindon’s Molineux spell of 31 goals in 167 games was sandwiched between his two stints at Turf Moor at the start and finish of the 1970s, the first of them spent largely in the top flight.

His rampaging efforts made him a popular figure at both clubs and he featured in 28 of the 42 games in 1976-77 in which Wolves regained their First Division place a year after relegation.

“Apart from when we scored six at Hereford, my main memory from that season is a strange one,” he added. “We won well at Nottingham Forest in the August and I recall the referee, Mr Reynolds, coming into the players’ lounge afterwards and apologising to us for having got a few decisions wrong, including giving Forest a penalty.” 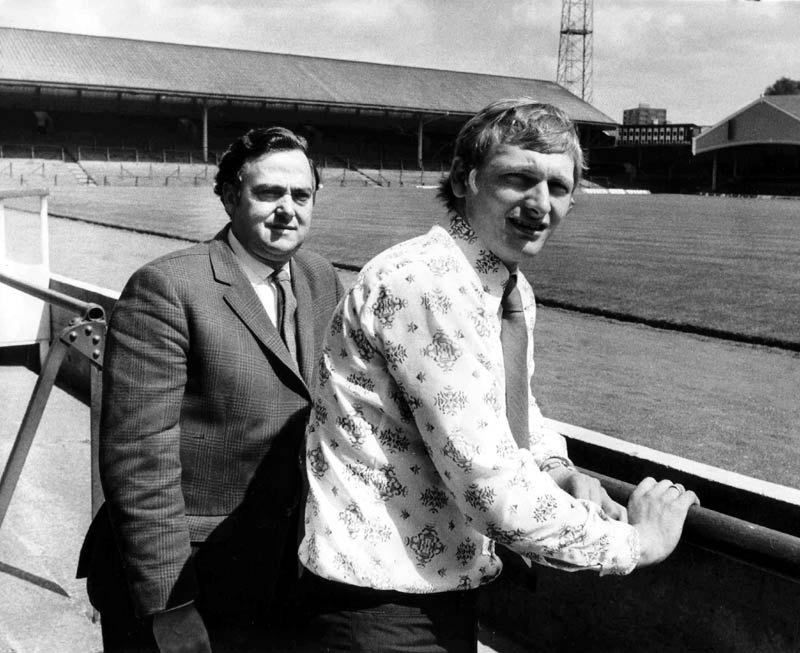 Suitably attired for 1972.....Kindo dazzles secretary Phil Shaw with his lovely shirt the day he signed at Molineux.

Kindon, now resident in Lytham St Anne’s and a highly entertaining after-dinner speaker, made football history some time after his work at both Wolves and Burnley was done.

Playing in a Huddersfield v Shrewsbury FA Cup tie in 1981, he took over in goal when Andy Rankin was concussed, only to then retun to his normal attacking role and hand the green jersey to substitute Mark Lillis.

“We lost 3-0 and it’s meant to be the only time a team has scored goals past three different keepers in the same game,” he said. “Although I had played rugby in my younger days, that was the start and finish of my goalkeeping career!”