The Many Moves Of Norman Bell

A CV To Be Proud Of 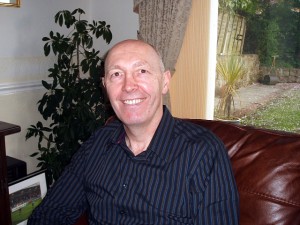 Norman Bell among a few of the home comforts that his successful and varied career has brought his family.

For someone who served only two clubs in the decade and a half that made up his professional football career, Norman Bell has undergone plenty of ‘transfers’ in his post-playing years.

The striker who became one of the game’s earliest ‘Supersubs’ when frequently stepping off the Molineux bench to good effect in the early 1980s has swapped jobs more often than many players now change clubs.

Best if he himself gives us a run-through…….”I was 28 when injury forced me to quit the game and I went into selling insurance,” he recalls. “I did quite well and was head-hunted for another sales job, this time with United Biscuits.

“Then I moved into selling closed-circuit TV and my background helped open a few doors because I was working alongside the Football Trust at times.

“My next job was as national sales manager for a company who imported ironmongery from the other side of the world.

“Within 12 months, I had been head-hunted again and was off selling furniture made from porcelain. I was project manager looking at markets overseas and was travelling a lot to America and Europe.

“We had a young family, though, so I took a job back in Wolverhampton with James Gibbons, only to pack in after three months when I realised I was travelling even more.

“We decided to start our own business, buying and doing up terrace homes in the Blackburn area, but one of the companies I had previously worked for aproached me about buying them and I got hold of the bathroom accessory side of the business.

“That was enjoyable for the best part of ten years and, when I sold it about eight years ago, it allowed me a lot of freedom and the chance of semi-retirement.

“That way of life was fine for 12-15 months before I decided to go back into employment, helping young offenders. I had already done some football coaching for youngsters and came to appreciate the benefits of keeping them off the streets, so I went into it full time.

“I work for the local council in Blackburn and have been with them for seven years. It’s like a last-chance saloon before custody and it’s the only job, apart from football and when I ran my own business, that I’ve stayed in for more than two years.” 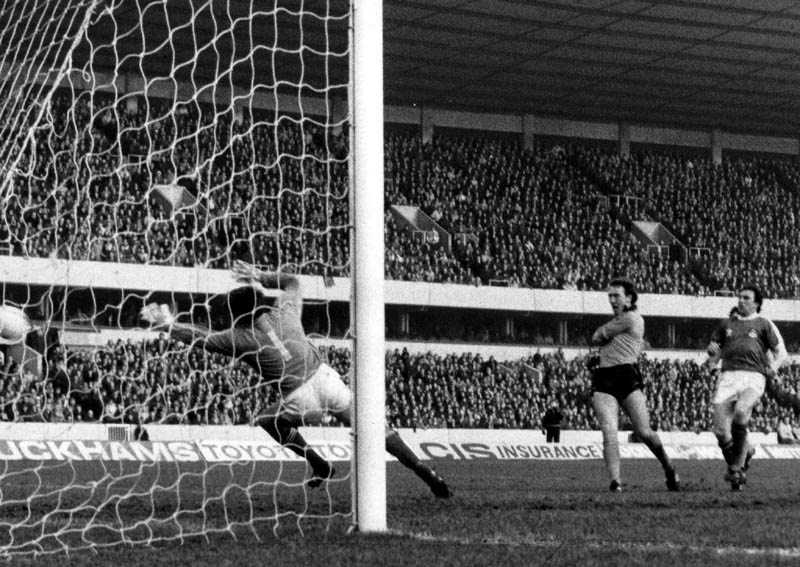 Bell crashes home one of his two goals against Wrexham in 1981.

Bell, whose current work has brought him into contact with his former Molineux colleague Bob Hazell, is perhaps best remembered at Wolves for the goals he scored at home to Wrexham (two) and Middlesbrough as substitute in the club’s run to the 1980-81 FA Cup semi-final.

The Sunderland-born 53-year-old had the highly respectable record of 24 goals from exactly 100 Wanderers matches when he moved on in late 1981 to Blackburn, where he scored ten times in 61 League games.

A spell as player-manager of Darwen followed, since when his son Andy has kept the family’s foothold in the game by playing for the likes of England Schoolboys, Wycombe, York, Hednesford and now Fleetwood.

Norman’s uncle, Harry, made 290 League appearances for Middlesbrough and around 125 for Darlington.