Rightly immortalised in stone as well as bricks and mortar.....

David Beckham is being lined up to add his support to the campaign to secure a posthumous knighthood for Billy Wright, the biggest Molineux legend of all.

Approaching 2,000 admirers of the heroic former Wolves and England captain have now backed the move to have the prefix ‘Sir’ alongside his name in addition to the letters CBE.

And the valuable ‘signature’ of Beckham is close to being obtained after calls by campaign organiser Bryan Yeubrey, a Wolverhampton-based FA-licensed players agent who recently launched a www.sirbillywright.com website.

“David has already agreed to add his support and holds Billy in very high esteem,” he said.

“There is an obvious link between the two of them because of all the games they have played for England – many of them as captain.

“And it’s lovely now that one of the present-day stars has such respect for a player whose career ended half a century ago.”

Beckham is one of only four players to have overtaken Wright’s phenomenal then world record haul of 105 England caps, the midfielder’s tally of 110 leaving him behind only Peter Shilton (125) and ahead of Bobby Moore (108) and Bobby Charlton (106).

But the AC Milan and LA Galaxy man’s actual playing time for his country (8,165 minutes) is the equivalent of nearly 15 full games fewer than that of Wright (9,480), who played largely in an era without substitutes and who made his final England appearance 50 years ago last month. 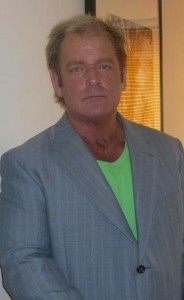 Among the figures to have given tributes to Billy on the new website are Ron Flowers, Ron Atkinson, Gordon Taylor, showbiz stars Bobby Davro and Shane Ritchie and former West Indies and Worcestershire batsman Ron Headley.

Wolves fans can add their own voice by logging on to www.sirbillywright.com and registering their name and e-mail address in the bottom right corner of the home page.

We at Wolves Heroes are delighted to support the campaign and urge our many visitors to try to bestow yet another honour on the player Sir Jack Hayward once described as England’s finest footballer and gentleman.