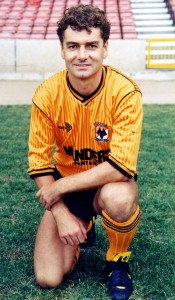 A goalkeeper headache is threatening Wolves’ hopes of further success when they begin their defence of the Masters Cup at Birmingham’s National Indoor Arena at the weekend.

From the nine-man squad who won the grand finals at the NEC in September, David Kelly was already known to be an absentee because of family commitments.

And former Welsh international Paul Jones has withdrawn as well, leaving the squad without a keeper.

“Jonah was brilliant in the final last year and has been a big part of our success in the event in the last couple of years,” said Wolves skipper Mick Gooding.

“Mike Stowell has also done very well but there’s a clash with his wedding, so we’re having to dig deeper and it isn’t proving easy to find a replacement at the moment.”

The likes of Vince Bartram, Tony Lange, Tim Flowers and Eric Nixon have been tried without success and the race is on to bring the search to a happy conclusion in good time for Saturday’s (June 13) Midlands Masters also featuring Albion, Aston Villa and Birmingham.

“We’d expect to give a decent account of ourselves with something like a full squad, so the last thing we want is to turn up without a recognised keeper,” Gooding added.

“Don Goodman would probably be favourite if we had to go with an outfield player in goal but we’ll keep looking and hope someone else on our list is available.

“I thought last year would be my last appearance but here I am again something like seven years after my debut in it.

“If you add together all the Masters matches I’ve played for Wolves, it’s almost as many now as I played in their first team 20 years or so ago!”

Wolves have drafted in Michael Gilkes as replacement for Kelly for a frantic night’s action that pits them head-to-head with their three biggest West Midlands rivals, the top two teams from the round robin matches then playing off for the right to go forward to the grand finals.

The Masters is again being sponsored by Screwfix and doors open on Saturday at 6.30, with kick-off at 8pm. Tickets are available from www.mastersfootball.com