Darby A Star Of The Screen In Dubai 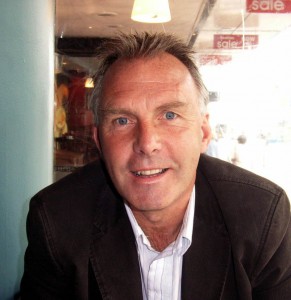 Paul Darby - at his meeting with Wolves Heroes in Beatties' coffee shop.

Paul Darby might occasionally miss the roar of the Molineux crowd and the buzz and banter of a busy dressing room.

But the former Wolves physio’s new calling in golf is taking him to some extraordinary heights.

So much so that he is to head up a 12-week programme being filmed in Dubai later this year for worldwide televising and then act as the focal point of a follow-series to be filmed in the Philippines in 2010.

“I run a golf institute here in Staffordshire and have been asked by an Australian production company to work with them on these programmes,” he said.

“I go to Dubai this Wednesday to set up, then I’m back there for three months from the end of our summer for the making of the first series.

“As long as everything goes satisfactorily, there are plans for further series to be shot in the Philippines, Dubai again and probably California, so it’s an exciting project.”

The programme, Tour Player International, is likely to be screened on Sky Sports and will bring together 24 players – 12 male and 12 female – who are aged 17 or over and play off handicaps of four or better.

The top two to emerge from each series, based on performance, will be funded on professional circuits for the following two years.

Darby’s European Golf Performance Institute is based at St Thomas Priory Golf Club between Rugeley and Armitage, complete with teaching professionals and assistants, conditioning coaches, massage therapists and a psychologist.

He also has performance centres in Vienna and Germany and is set to open another one at Carden Park, the Cheshire hotel and golf complex close to the heart of Wolves owner Steve Morgan. 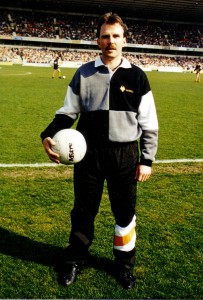 With Wolves at a time when Molineux was very different.

The 53-year-old Darby lives in Pattingham a few miles from Wolverhampton and has worked in golf since his six-year stint as Wolves physio was ended by Graham Taylor in 1994.

He initially worked closely with the likes of Wolverhampton-based Peter Baker and former Ryder Cup captain and US Masters champion Ian Woosnam and has since operated alongside many of the world’s top golf coaches in giving a host of players advice on their conditioning, preparation and athletic development.

At Wolves, he and Barry Powell served as Steve Bull’s first agent in the late 1980s after all three had been taken to the club by Graham Turner.