From FA To MP? 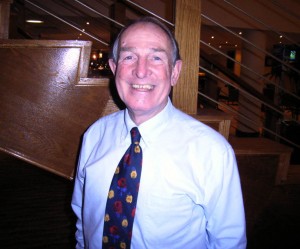 Dave Burnside - planning for a sharp change of direction in his career.

Former Wolves inside-forward David Burnside is aiming to stand for Parliament in the next General Election.

A few months ahead of his 70th birthday, the long-time FA man has joined the United Kingdom Independent Party and aims to fight the Filton and Bradley Stoke constituency in his native Bristol.

“I am helping the party set up a branch in this area and hope to be made the chairman of that,” Burnside said.

“I am very much at one with their manifesto on a wide number of issues and am enjoying working with them.

“I have some experience of local politics from spending four years on my local parish council and I’d relish the hard work that comes with campaigning.

“I don’t know whether any ex-footballers have ever becomes MPs but it would be a dream of mine to go to Westminster and I’m sure all my years in the game would help me as I’ve proved I’m a people person.

“Derek Dougan stood in Belfast a few years ago. We were good friends as well as team-mates and often used to discuss things like politics rather than just football.”

Burnside stood as an independent in the last General Election and lost his deposit by polling only 693 votes.

“I was disappointed at the time but looked round the country at what other independent candidates managed and realised I hadn’t done too badly,” he added. 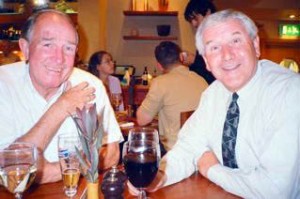 “What it did teach me, though, was that I had to have a party behind me and I’ve made my choice with UKIP.”

Burnside, an under-23 international, made 43 Wolves appearances in the late 1960s, having started his career at Albion and then gone on to Southampton and Crystal Palace.

He later served Plymouth and Bristol City among others and, in a highly successful post-playing career, has worked for more than a decade and a half for the FA.